Aibel has delivered the new 360-metric-ton (397-ton) M12 module for Statoil’s Troll A platform in the Norwegian North Sea. 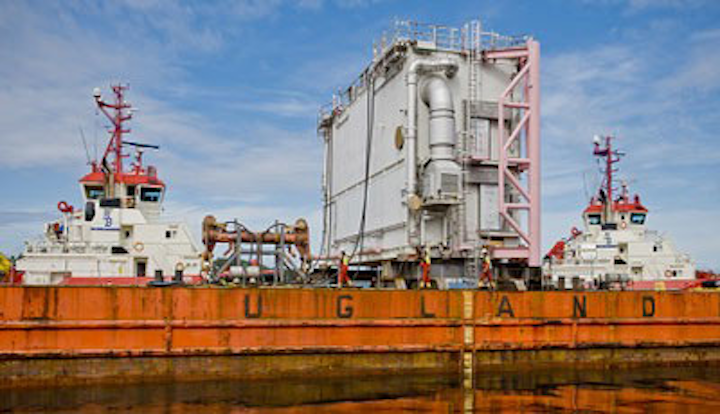 This was the first of three modules the company is constructing to expand gas compression capacity on the platform, and extend the Troll field’s service life.

M12, built at Aibel’s Haugesund yard, will replace an existing module. Following lifting operations on the platform deck, it will be connected later this summer during a shutdown period.

Currently, the M13 module, which contains auxiliary systems, is under construction in the North Sea Hall at Haugesund. It is expected to be ready for shipment next summer.

The M11 compressor module, the largest of the three, is being built at the Laem Chabang yard in Thailand, and will be sent to Haugesund next spring, followed by transportation to Troll.

Also at Haugesund, the deck for Statoil’s new Gudrun platform in the North Sea was transferred to a transportation barge earlier this week.

When the operation started, parts of the platform deck were protruding out to sea. Trailers were placed under the deck and the barge was ballasted, to ensure the trailers were bearing the correct load.