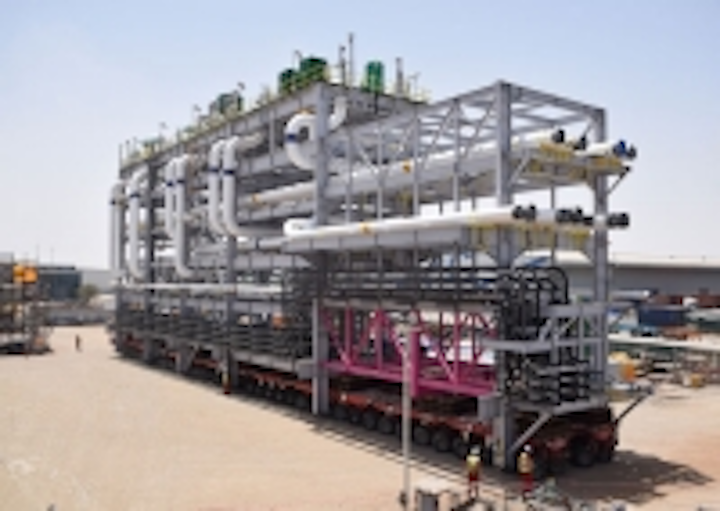 ALE is delivering these from various fabrication yards on the Arabian Peninsula to the project site on the islands.

The process involves weighing, land and marine transportation, load-ins, load-outs and installation, and the use of a range of transport equipment including weightors, conventional trailers, and external/internal ballast systems.

Operations started in October 2015 and ALE has to date delivered all 29 modules offshore to the south island and 38 modules out of 40 for the north island, with the final 26 awaiting delivery for the west island. All deliveries are expected to be completed in mid-2017.

The UZ750 project involves the construction of four artificial islands, with the central island housing the processing facilities and the north, west and south islands acting as satellite platforms.