STATS Group has completed a program commissioned by Subsea 7 for Statoil’s Aasta Hansteen development in the Norwegian Sea. 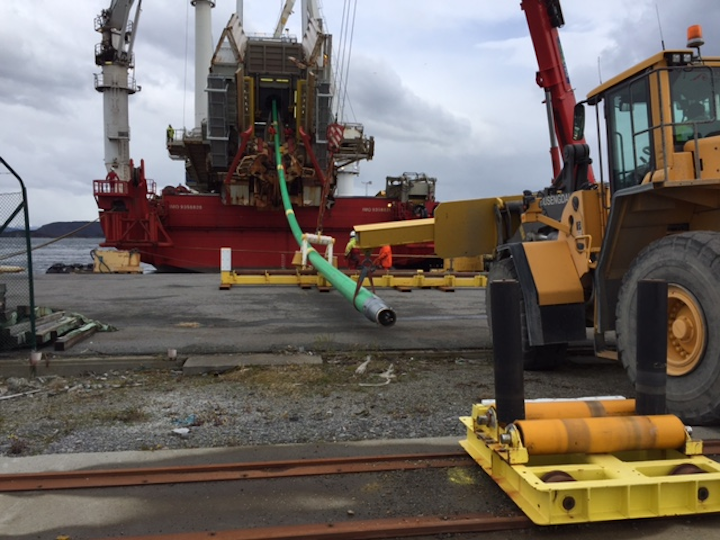 KINTORE, UK – STATS Group has completed a program commissioned by Subsea 7 for Statoil’s Aasta Hansteen development in the Norwegian Sea.

This involved providing positive isolation of pressurized mechanically lined BuBi pipe to facilitate reeling onto a pipelay vessel at Subsea 7’s facility in Norway, prior to installation atAasta Hansteen.

Statoil has commissioned aspar platform with conventional topsides and processing facilities. Once installed, the risers transporting the gas from the seabed to the platform and further to the Polarled pipeline will be of pure steel, a first for the Norwegian continental shelf.

Subsea 7 was contracted to perform tow-out and hookup of the spar, the steel catenary riser (SCR) system, and reeled installation of 12-in. BuBi pipe. This involved fabrication of flowlines and SCRs at the company’s spool base in Vigra, Norway.

To facilitate welding of the 12-in. BuBi pipe and reeling onto the lay vessel, STATS Group provided positive isolation of the pressurized pipe during spool reeling operations.

It proposed its pipe end plugs which feature locks and dual seals and are capable of conducting pressure tests up to 200 bar (2,901 psi).

These plugs, deployed typically during the construction and fabrication of pipe spools and piping systems, are said to be fail-safe tools designed to cap open-ended pipe, enabling hydrostatic leak and strength tests.

There are two products, the I-PEP which fits internally to the pipe and the E-PEP which grips the pipe externally.

Prior to the arrival of the pipelay vessel the first pipe stalk of 1.5 km (0.9 mi) was positioned on the spooling rollers and high-diff pigs were inserted into the vessel end of the stalk.

After arrival of the vessel, the pipe stalk was attached to it using the pull-in head. An E-PEP was then connected to the pipe stalk and a small volume of water injected through the E-PEP into the stalk.

As water began flowing through the E-PEP’s valve, this was closed and the pressure held. The pressure acting on the E-PEP applies differential pressure across the tool, which self-energizes the locks and seal, ensuring fail-safe operation.

The pipe stalk was then reeled onto the vessel until the end of it was located in the welding station. It was then depressurized and the valve on the E-PEP opened, allowing water to drain from the stalk, while the E-PEP was hydraulically unset and removed from the end of the stalk.

The pipe stalks were then welded together with non-destructive testing following to confirm the integrity of the new weld.

Next, the E-PEP was positioned and installed at the end of the pipe stalk and water was injected through the E-PEP’s valve, with the sequence being repeated to pressurize the pipe stalk, pigging the high-diff pigs through the stalk and allowing the mechanically lined stalk to be reeled onto the vessel.

Prior to the final stage of the spooling operation, STATS installed a 12-in. I-PEP in the pipe stalk which featured locks and seals to grip the inside of the pipe. Installing this tool ensured there was nothing outside the pipe that could clash or restrict the pipe stalk as it was reeled through the pipe rollers between the quayside and the vessel.