Statoil and its partners have selected an unmanned wellhead platform as the basis for the Oseberg Future Development Phase I project in the Norwegian North Sea. 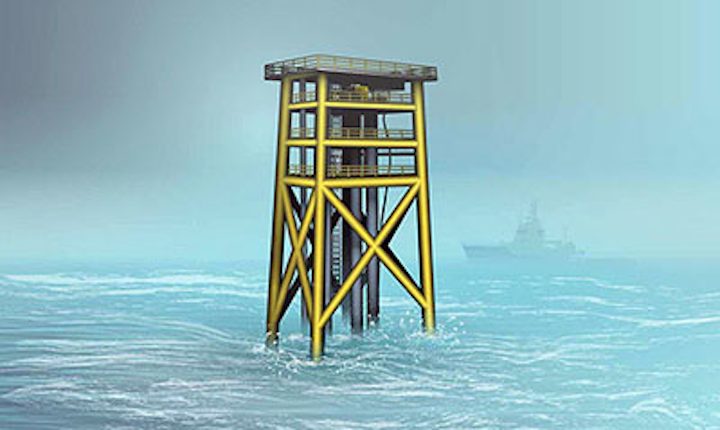 STAVANGER, Norway – Statoil and its partners have selected an unmanned wellhead platform as the basis for the Oseberg Future Development Phase I project in the Norwegian North Sea. They expect to take a final investment on the project next winter.

The platform, which will have no living quarters, helicopter deck or lifeboats, will be controlled from theOseberg field center. This is a new concept offshore Norway, although fairly common in the Dutch and Danish sectors.

A subsea alternative was ruled out on the grounds of cost. This solution will be several hundred million NOK cheaper, according to Anders Opedal, Statoil’s senior vice president of projects, taking into account factors such as construction, wells, equipment, and maintenance.

“Based on prognoses the costs of subsea systems are still rising. We challenge the industry to cooperate with us so we can turn this trend and develop smart solutions, both above and below water,” said Ivar Aasheim, the company’s senior vice president of field development.

Statoil plans to use service vessels linked to the wellhead platform via gangways during maintenance programs, after the jackup drilling platform has completed its well drilling operations. Maintenance will be performed twice yearly during good-weather seasons.