The BP-led Shah Deniz consortium started up the Shah Deniz Stage 2 project in the Azeri sector of the Caspian Sea on June 30, 2018. The $28-billion project is the first subsea development in the Caspian Sea and the largest subsea infrastructure operated by BP worldwide. It is also the starting point for the Southern Gas Corridor series of pipelines that will for the first time deliver natural gas from the Caspian Sea direct to European markets. 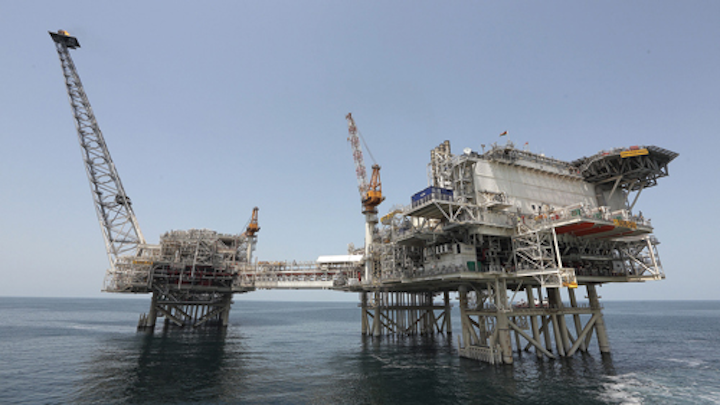 The BP-ledShah Deniz consortium started up the Shah Deniz Stage 2 project in the Azeri sector of the Caspian Sea on June 30, 2018, including first commercial gas delivery to Turkey. The $28-billion project is the first subsea field development in the Caspian Sea and the largest subsea infrastructure operated by BP worldwide. It is also the starting point for the Southern Gas Corridor series of pipelines that will for the first time deliver natural gas from the Caspian Sea direct to European markets.

According to BP group chief executive Bob Dudley, “Shah Deniz 2 is one of the biggest and most complex new energy projects anywhere in the world, comprising major offshore, onshore, and pipeline developments. BP and our partners have safely and successfully delivered this multi-dimensional project as designed, on time, and on budget. 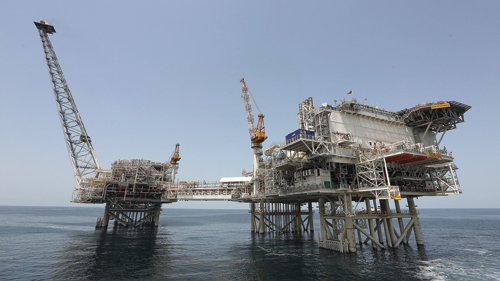 “Together with the Southern Gas Corridor pipeline system, Shah Deniz 2 will deliver significant new energy supplies to Europe, further diversifying its sources of energy and providing new supplies of natural gas which will be essential in the energy transition.”

At plateau, Shah Deniz 2 is expected to produce 16 bcm/yr of gas. Together with output from the first phase of development, total production from the Shah Deniz field will be up to 26 bcm/yr of gas and up to 120,000 b/d of condensate.

Offshore, the Shah Deniz 2 project includes 26 subsea production wells in five clusters, 500 km (311 mi) of subsea pipelines and flowlines, and two new bridge-linked platforms. Gas is transported onshore through an 85-km (53-mi) pipeline to the Sangachal terminal near Baku, which underwent a major expansion to accommodate the increased gas output. The project also includes the South Caucasus Pipeline Expansion that called for 428 km (266 mi) of new pipeline in Azerbaijan and 59 km (37 mi) of new pipeline and two new compressor stations in Georgia.

Discovered in 1999, Shah Deniz is one of the largest gas/condensate fields in the world. It is located on the deepwater shelf of the Caspian Sea, 70 km (43 mi) southeast of Baku, in water depths ranging from 50 to 500 m (164 to 1,640 ft). The field is estimated to hold about 1 tcm of gas and 2 Bbbl of condensate. It covers about 860 sq km (332 sq mi), roughly the same size and shape as Manhattan Island. Shah Deniz 1, the first phase of development, began production in 2006. It currently supplies gas to Azerbaijan, Georgia, and Turkey.

Local content played a major role in this full field development project. According to BP, at peak the Shah Deniz 2 development supported more than 30,000 jobs in Azerbaijan and Georgia and in total included more than 180 million hours of work. 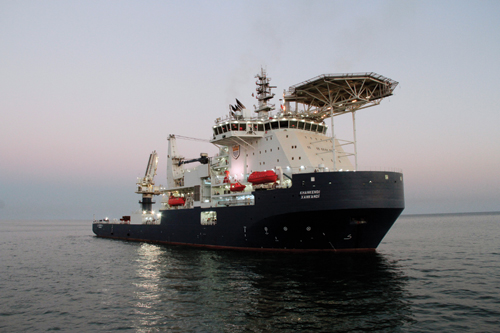 The Khankendi was specifically designed and built to install the biggest subsea production system in the Caspian Sea as part of the Shah Deniz Stage 2 project.

In addition, the BOS Shelf, Saipem, Star Gulf consortium received a $1.8-billion contract for the offshore transport and installation of both jackets and topside units, subsea production systems, and subsea structures. It also included the laying of more than 360 km (224 mi) of subsea pipelines, diving support services, and the upgrade of three installation vessels – the pipelay barge Israfil Huseynov, the diving support vessel Tofiq Ismayilov, and the derrick barge Azerbaijan.

All the fabrication and construction work was conducted at the Heydar Aliyev Baku Deepwater Jackets Factory. 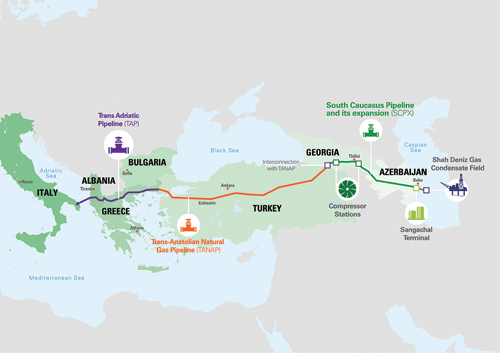 The AMEC-Tekfen-Azfen consortium won a $974-million contract for the fabrication, load out and offshore hook-up and commissioning of the topsides units of the SDB-PR and SDB-QU. Both topsides units were built at the Azfen fabrication yard in Bibi-Heybat near Baku.

The QU topsides unit weighs about 12,400 metric tons and is 100 m (328 ft) long by 60 m (197 ft) wide. It contains 100-person living quarters (supplied by Apply Emtunga), four main power generators totaling 60 MW, 10 direct electrical heating, modules, and a range of subsea production equipment. It was completed ahead of schedule and was installed offshore in June 2017.

Baku Shipyard designed and built the Khankendi, a $378-million flagship subsea construction vessel. It was specifically designed and built to install the biggest subsea production system in the Caspian Sea as part of the Shah Deniz Stage 2 project. Launched in 2017, the vessel will perform subsea installation and construction work over the next 11 years at the field. The vessel is 155 m (509 ft) in length and 32 m (105 ft) in width with 2,000 sq m (21,528 sq ft) of deck space. It has a total weight of 17,600 metric tons, a carrying capacity of 5,000 metric tons at 6.5 m (21 ft) draft and two engine rooms with 6 x 4.4-MW and 2 x 3.2-MW generators. It is equipped with dynamic positioning to allow working in 3.5 m (11 ft) significant wave height, a 900-metric ton main crane capable of placing 750-metric ton subsea structures down to 600 m (1,968 ft) below sea level, an 18-man two-bell diving system, two work-class ROVs and a strengthened moonpool. The Khankendi is said to be able to carry out complex activities without the need for anchors. It has a maximum capacity of 175 people on board.

The semisubmersibles Heydar Aliyev and Istiglal are drilling the 26 wells.

Shah Deniz 2 is the starting point for the Southern Gas Corridor series of pipelines that will deliver natural gas from the Caspian Sea direct to European markets from 2020. When complete, the Southern Gas Corridor will in total comprise 3,500 km (2,175 mi) of pipelines, including the South Caucasus Pipeline Expansion (SCPX) across Azerbaijan and Georgia, the Trans-Anatolian Natural Gas Pipeline (TANAP) across Turkey, and the Trans-Adriatic Pipeline (TAP) across Greece, Albania, and into Italy.