While the application of FLNG in offshore projects is still relatively new, with only five dedicated projects having received a final investment decision (FID), global drivers are fueling expansion. 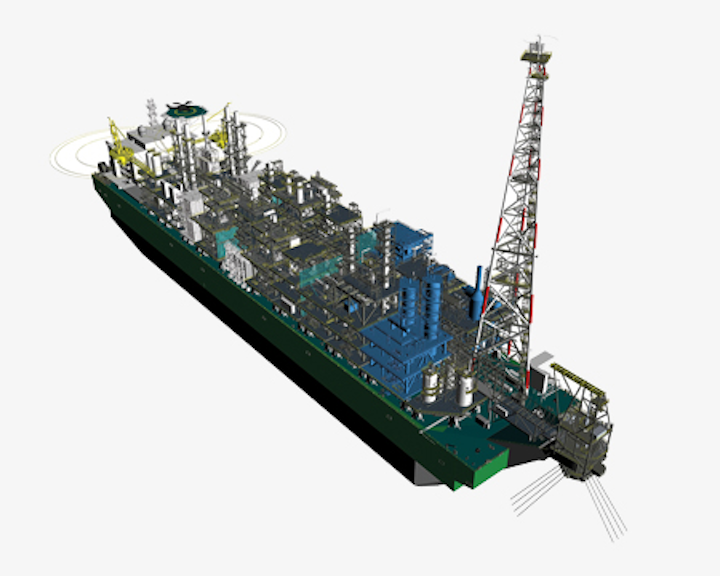 While the application of FLNG in offshore projects is still relatively new, with only five dedicated projects having received a final investment decision (FID), global drivers are fueling expansion.

According to Infield Systems, there are multiple motivators, and various regions of the world are moving toward gas for different reasons. Europe is motivated by carbon emission reduction targets and the need to diversify energy supplies, while India and China - which are leading energy demand - also are under pressure to implement emissions reduction policies and to diversify their energy mix. For the US, the lower carbon intensity of gas in comparison to other fossil fuels is a significant driver.

In recent years, new floating LNG concepts have introduced alternatives for offshore gas development. In fact, the 2007-2014 period saw the development of multiple FLNG designs, some of which are now reaching the construction phase. This sector is one that will continue to see growth. According to analysts at Douglas-Westwood, total expenditure for the 2014-2020 period could total $64.4 billion. Year-on-year growth over this period is forecast to average 64% per annum, with two-thirds of this spend going toward liquefaction infrastructure and the remainder being invested in import and regasification facilities. Douglas-Westwood expects investment to pick up after the successful startup and operation of the pioneer FLNG vessels, such as Shell'sPrelude FLNG - which is anticipated by the market to produce first gas in early 2017 - and Petronas' PFLNG 1 later this year.

To bolster this innovative technology as an export solution, FLNG stakeholders are proceeding with safety front of mind, considering the lessons learned from previous applications of gas-related projects in both the marine and offshore industries. Because implementing new technology introduces new safety considerations and each FLNG project has unique scale and complexity requirements, classification societies play a critical role in guiding safe development through the early phases of conceptual and pre-front-end engineering and design (FEED).

FLNG units represent new technology and new combinations of existing technology, so their designs are considered to be "novel" in comparison to FPSOs. A class society's independent technical specifications and prescribed or recommended safety practices are valuable elements guiding successful execution of gas-related projects. As noted with regard to the singularity and uniqueness of FLNG designs, modular equipment on FLNG installations changes the layout immensely compared to a shore-based plants, and necessitates additional safety and operational studies based on practical experience.

As a not-for-profit entity, ABS has been integral to the evolution of gas development and floating gas concepts, having classed the first offshore LPG storage facility in the mid-1970s, the first purpose-built LPG floating storage and offloading unit delivered in 1997, and the first LPG FPSO in 2005. The organization has a long history working with LPG and LNG floating offshore liquefied gas terminals (FLGTs), membrane tank LNG carriers, independent tank liquefied gas carriers, and ship-type FPSOs.

As FLGTs continued to take on new dimensions in 2011, increasing in hull size and with heavier topsides, ABS released itsGuide for Building and Classing Floating Offshore Liquefied Gas Terminals (FLGT Guide) to provide guidance on the design challenges posed by complexity, size, and weight.

Addressing these design and operational issues - the space, weight, and mechanical stresses that altogether present the biggest technical challenges in FLNG terminal design - the FLGT Guide contains safety criteria for topsides process facilities in addition to the hull structure and containment systems. It includes information about tank sloshing forces, which are of critical importance when tanks are partially filled; offloading operations; shallow-water load effects; and the critical interfaces between the hull and topsides structure, and between the hull and mooring system.

From concept to reality

In 2011, with major developments under way, including Shell's Prelude field in the Browse basin off Western Australia, it became well understood that emerging FLNG concepts, proprietary technologies, and transport designs had matured sufficiently for operators to move into project execution mode and commit to investment. At that time, with more than one-third of global gas reserves stranded by their location or field size without commercially viable access to world markets, the attractiveness of FLNG could no longer be ignored.

Also in 2011 and further to the push to make FLNG a viable solution, ABS and Korea's Daewoo Shipbuilding & Marine Engineering (DSME) concluded a one-year joint development project examining critical wave conditions for sloshing model tests and computational fluid dynamics in the cargo tanks of FLNG vessels. These results offered a new methodology to determine critical sloshing conditions more efficiently than in the past and to reduce cost and time duration for sloshing test campaigns. The ABS-DSME methodology emerged as a proposed pre-screening procedure for selecting the most severe critical sea states before the start of a sloshing model test or sloshing flow simulation.

In 2014, ABS was selected to class and provide technical services for the industry's second newbuild FLNG unit,PFLNG2, from Malaysia's national oil company Petronas. The unit, which is scheduled to see first gas production in early 2018, will be moored via an external turret on the deepwater Rotan gas field offshore Sabah, Malaysia. Designed to produce 1.5 MM metric tons (1.65 MM tons) of LNG per year, the vessel is expected to operate on site for a minimum of 20 years without dry docking.

The offshore industry is looking to validate new and novel designs through the application of prescriptive requirements, and affirm advanced risk analysis and special studies for the novel elements within new designs. Classification societies review the technical merit of new concepts to verify that the technology satisfies the class rules and flag state and shelf state requirements.

In the case of floating liquefied gas terminal designs, a number of guidelines are applied, including the ABSGuidance Notes on Review and Approval of Novel Concepts and international standards such as the International Code for the Construction and Equipment of Ships Carrying Liquefied Gases in Bulk (IGC Code).

ABS has awarded approval in principle (AIP) for 11 FLNG concepts and has performed pre-FEED and FEED work on several others. Awarding AIP involves following a risk-based approval process, requiring submitting conceptual engineering and risk assessment studies to evaluate the principal safety considerations and potential hazards. The AIP process enables companies introducing new technologies or concepts to produce a document issued by a third party attesting to the acceptability of the concept at that stage of development.

In late 2014, an AIP was awarded for the industry's first cylindrical FLNG production unit design for offshore production, storage, and transfer of LNG, LPG, and condensate. The Sevan cylindrical FLNG design concept is based on a proven circular and geostationary Sevan FPSO design for deepwater and harsh environments. Units with this design currently are deployed in the Norwegian and UK central North Sea and offshore Brazil, and in 2015 the cylindrical FLNG will be installed in the Norwegian Barents Sea as the first offshore floating or fixed production unit in this region.

Awarding AIP required review of the cylindrical FLNG design, and an assessment of the feasibility of the structural strength of the equipped FLNG hull and process topside structure, in accordance with the applicable rules and guides for FLNG units and other industry requirements, including the International Gas Code. It also required an assessment of global performance and safety analysis, under the same rules and guidelines. The stationary cylindrical hull will offload to carriers that will transport LNG to market.

The cost advantage and flexibility of FLNG makes it an attractive option for operators, but as with any new technology, it is incumbent upon the industry to work toward that goal in as safe a manner as possible. Safe growth requires international standards and regulatory requirements, best industry practices, and environmental guidelines. ABS is helping to create this framework through R&D initiatives carried out alongside industry to validate technology and qualify components. And the organization is implementing this new framework through its Global Gas Solutions team, which is working with industry to address FLNG challenges. Developers and operators of FLNG facilities need solid guidance and rely on classification and permitting for successful FLNG project execution. •