Despite the conflicts erupting in parts of the Middle East, offshore activity remains strong throughout the region, with various major ongoing or new development programs. 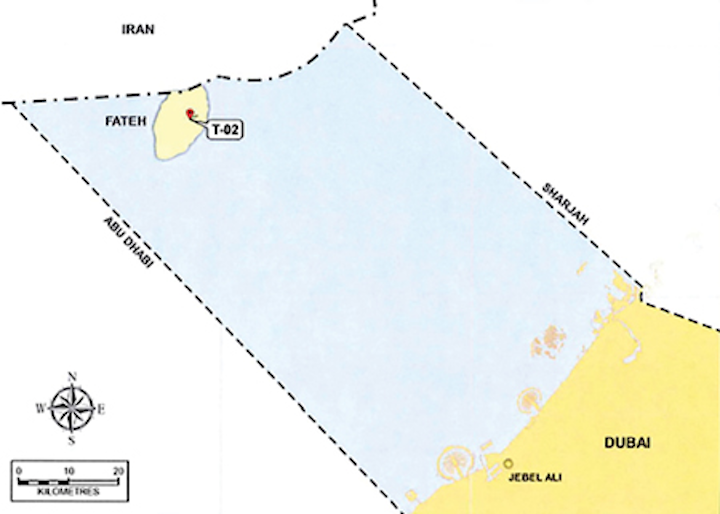 Despite the conflicts erupting in parts of the Middle East, offshore activity remains strong throughout the region, with various major ongoing or new development programs.

BP and German partner DEA recently committed to the $12-billion West Nile Delta (WND) project offshore northern Egypt. This will entail development of 5 tcf of gas and 55 MMbbl of condensates from the North Alexandria and West Mediterranean Deepwater concessions. BP is aiming for start-up in 2017, with gas production eventually ramping up to 1.2 bcf/d, equating to around 25% of Egypt's current output. Additionally BP plans subsea tiebacks of the Taurus and Libra fields to the Burullus-operated facilities in the Egyptian Mediterranean, and longer-distance tiebacks of the deepwater Giza/Fayoum and Raven fields directly to the onshore Rosetta complex.

One of Egypt's other main gas producers is BG Group. Last summer the company and its partners submitted a development plan for the Harmattan Deep and the high-pressure/high-temperature Notus discoveries in the El Burg offshore concession. In November, GDF Suez negotiated with BG a tie-in of its West Burullus South field to the West Delta Deep Marine infrastructure. First gas is likely in 2018.

To the west, BG is Tunisia's largest gas producer, supplying more than 60% of the country's needs. It operates the Miskar and Hasdrubal fields in the Gulf of Gabes. The company commissioned well interventions on Miskar last year to unlock reserves and enhance production, and plans further drilling and well stimulation on the field.

Earlier this year, the heavy-lift bargeLan Jing completed installation of the Hasbah and Arabiyah tie-in platforms off Saudi Arabia for Saudi Aramco's Arabiyah-Hasbah offshore gas fields project. The facilities will eventually export 2.5 bcf/d to the onshore Wasit gas terminal. Aramco has since contracted McDermott Middle East to replace the decks of two tie-in platforms serving the offshore Marjan field and to install two new 115-kV subsea power and communication cables. The new decks will be fabricated in Dubai. All work should be completed by the end of 2016.

Later this year, Dana Gas should produce first gas from its new wellhead platform on the Zora field in the Sharjah Western offshore concession in the UAE. The project involves drilling two wells with horizontal sections through the Thamama reservoir, and a pipeline transporting the gas ashore. The initial flow rate will be around 40 MMcf/d.

Iran recently started production from Phase 12 of the South Pars gas/condensate development in the Persian Gulf and expects more phases to come onstream later this year. Unlike the project's earlier phases, these have been developed virtually entirely in-country following the long-running sanctions against the Iranian regime. However, assuming the rapprochement with the US and European governments leads to easing of restrictions, the government says it is open to readmitting foreign oil companies to co-develop future Iranian offshore projects.

The Israeli administration's relationship has cooled over the past year with the Noble Energy-led consortium responsible for most of the country's deepwater oil and gas discoveries. Noble and its partners have been trying to progress gas sales agreements from their giant Leviathan field, but the government views their strategy as monopolistic, and would prefer to open the gas sector to increased competition.

One of the proposed schemes involved piping gas from Leviathan north to Cyprus. Here, Noble also operates Aphrodite, the country's sole deepwater gas discovery to date, with estimated reserves of more than 4.5 tcf. Noble and the Cypriot government are thought to be close to declaring Aphrodite as a commercial project, paving the way for Cyprus to become a gas exporter.

As for exploration, Dubai Petroleum Establishment expects to issue test results this summer from its 2014 T-02 HP/HT deep gas discovery. The well was drilled in the pre-Khuff formation of the offshore Fateh oil and gas field to a depth of 18,248 ft (5,562 m), a new record for Dubai.

Iran continues appraisal drilling of its deepwater oil discoveries in the Caspian Sea, while Egypt looks set for increased offshore seismic activity following the government's licensing awards last year. BP and Eni are partners in a frontier deepwater concession in the Mediterranean Sea that has not been previously explored. •