The Asia/Pacific region remains at the center of global LNG demand growth, and this could result in Australia becoming the world's largest LNG exporter once projects under construction are complete. 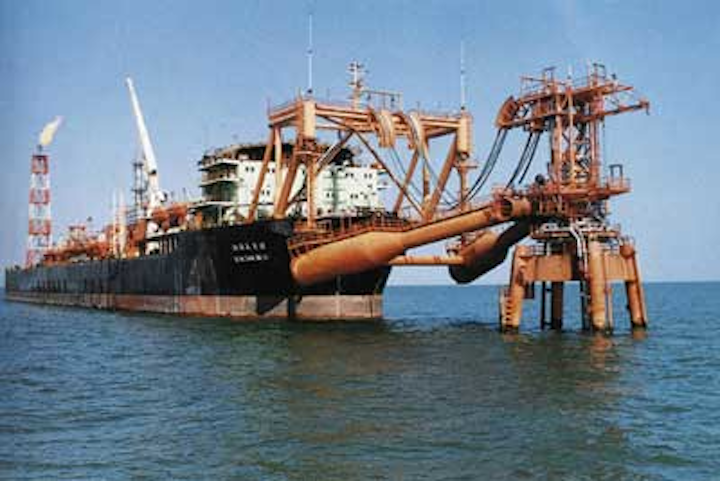 TheAsia/Pacific region remains at the center of global LNG demand growth and this could result in Australia becoming the world's largest LNG exporter once projects under construction are complete.

China's CNOOC Ltd has set a net production target for 2014 of 422 to 435 MMboe. During 2014, the company expects seven to 10 new projects to come onstream, including operations outside China.

The activity follows exploration successes in 2013 when CNOOC reported 18 new discoveries and 20 oil and gas structures successfully appraised. At the end of 2013, the company's net proved reserves reached 4.43 Bboe for a reserve replacement ratio of 327%.

In 2013, netoil and gas production reached 411.7 MMboe, a 20% increase year-over-year. During the year, seven new projects commenced production. Early this year the Liuhua 19-5 project came onstream. The development takes in the Liwan 3-1, Liuhua 34-2, and Liuhua 29-1 fields. These are being developed via a shared subsea production system, subsea pipeline transportation, and onshore gas processing infrastructure. Under the $6.5-billion first-stage program, Liwan 3-1 is expected to produce about 250 MMcf/d (7.1 MMcm/d), and increase to about 300 MMcf/d (8.5 MMcm/d) during the coming quarter. Liuhua 34-2 will be tied into the Liwan infrastructure during the second half of the year, subject to final approvals. Once Liuhua 29-1 is tied in during 2016-2017, total gas sales will build to 400-500 MMcf/d (11-14 MMcm/d).

Most of these projects are far from shore, so pipeline market should thrive during the 2013-2017 period, according to Infield Systems. The platform market is also expected to require a significant proportion of Australian offshore capex during the period. Altogether, Infield Systems expects 27 floating platform developments to require investment during the timeframe.

Petroliam Nasional Bhd (Petronas) continues to explore its domestic Malaysian acreage with the aim to increase reserves as well as production to allay concerns that the country could become a net gas importer.

Fifteen oil and gas exploration discoveries were achieved last year, of which 10 were in Malaysia. Efforts to rejuvenate marginal fields have also been fruitful, with first production flowing from two risk service contract (RSC) areas: Balai, which struck its first production in November, followed by Kapal in December.

Petronas and Shell Malaysia announced an oil discovery offshore Sabah. The discovery at the Limbayong-2 well was made by Shell during the appraisal of the Limbayong gas field.