Shell has revamped its deepwater strategy to fit the needs of a low oil price environment, and its Appomattox project in the Gulf of Mexico is a key example of how the company is keeping deepwater not only profitable, but also competitive with onshore projects. 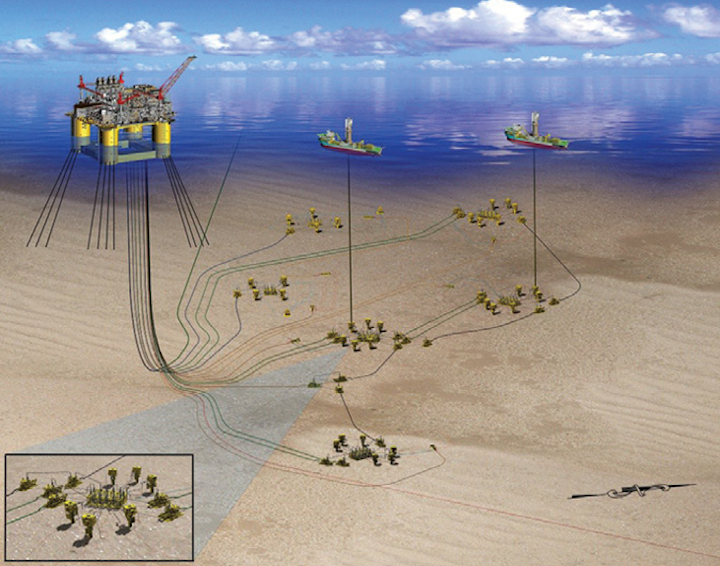 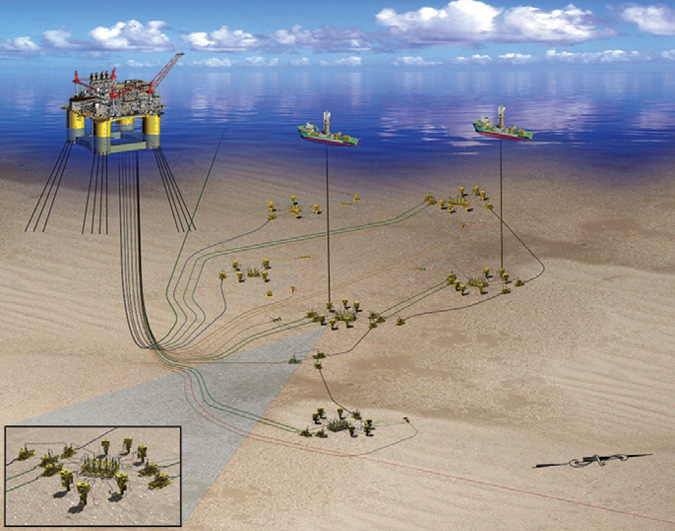 The Appomattox development will initially produce from the Appomattox and Vicksburg fields, with average peak production estimated at 175,000 boe/d. (Courtesy Shell)

Shell has revamped its deepwater strategy to fit the needs of a low oil price environment, and its Appomattox project in the Gulf of Mexico is a key example of how the company is keeping deepwater not only profitable, but also competitive with onshore projects.

With the recent completion and arrival of the hull in Texas, and construction of the host platform and fabrication of subsea infrastructure currently underway, the Appomattox project is more than 65% complete. First production is scheduled for 2020.

The Appomattox development is located some 80 mi (129 km) offshore Louisiana, in approximately 7,400 ft (2,195 m) of water. It will initially produce from the Appomattox and Vicksburg fields, with average peak production estimated at 175,000 boe/d Shell-share. Nexen Petroleum Offshore, a wholly owned subsidiary of CNOOC, is Shell’s partner on the project.

The final investment decision for the project was taken in July 2015, leading to the start of construction.

The project calls for a semisubmersible, four-column production host platform; a subsea system featuring six drill centers; 15 producing wells; and five water injection wells. The infrastructure at the project site will have a design capacity ranging between 120,000 boe/d and 200,000 boe/d.

Crude oil produced from the project will be conveyed via a new 24-in. diameter pipeline, named the Mattox Pipeline, to an existing offshore structure in the South Pass area and further supplied onshore using an existing pipeline. The Mattox Pipeline, which will be fully-owned and operated by Shell Pipeline Co., will feature pre-installed subsea connection points to accommodate future interconnections.

The two fields are together estimated to hold recoverable reserves amounting to 650 MMboe.

The reservoirs of the Appomattox and Vicksburg fields are located in the Norphlet play, a geological formation that extends from onshore to the deep waters, characterized by high pressures and well temperatures.

Rydberg, the third major discovery in the area, was made in July 2014. The field is located within the Mississippi Canyon block 525. The Gettysburg prospect in the Desoto Canyon block 398 is also being explored. These two prospects are located approximately 16 km (10 mi) from the Appomattox field.

The Gettysburg and Rydberg prospects are currently being reviewed for a possible connection to the Appomattox infrastructure, which will further increase the total estimated discovered resources in the area to more than 800 MMboe.

A key part of Shell’s ability to reduce costs on the Appomattox project has been its ability to standardize equipment and reduce its drilling costs. A key cost-saving feature was the elimination of a platform rig, which has enabled Shell to realize considerable space and weight savings on the host facility. Production will take place at the subsea drill centers and wells.

“Putting a platform rig on the host facility becomes almost too challenging,” said Rick Tallant, Asset Manager–Gulf of Mexico East. “The weight and space that you need to do that becomes difficult. The strategy there is to produce everything back from a subsea into a single host, and to do that as efficiently as possible.”

Shell has also been able to reduce some of its subsea costs as well, particularly in its export systems. “In many ways, we’ve had to revamp a few things, but we’ve made unexpected progress on reducing costs on Appomattox, even during project execution,” Tallant said.

In some cases, design engineers removed or reduced redundant systems, while at the same time improving Shell’s ability to run equipment for longer without failure. This, in turn, has enabled Shell to lower break-even prices on the project.

“We have spent a lot of time over the past couple of years rescoping our projects and understanding the best and most efficient way of producing these fields,” Tallant said. “We also looked at ways in which we could shorten cycle times to be able to get the returns and the cash flow faster.”

Shell worked with its vendors and contractors to find ways of making its engineering and design concepts more efficient, and to look for new ways of reducing project costs.

Reducing drilling and completion costs has been a key focus area. In the wake of Macondo, Shell took a fresh look at its drilling programs, both in terms of safety and efficiency. The lean approach has paid dividends with the advent of the market downturn. The search for drilling efficiencies led Shell to adopt a standardized well design. In the past, Tallant notes, each individual well might have had a bespoke design. The result has been significant operational efficiencies, greater savings, and less downtime. “Honestly, it makes things run much faster,” Tallant observed. “We find that if you standardize the well and all its various components, the crew knows exactly how to drill and complete each well. They’ve done it before with the same type of well they’ve done previously.” 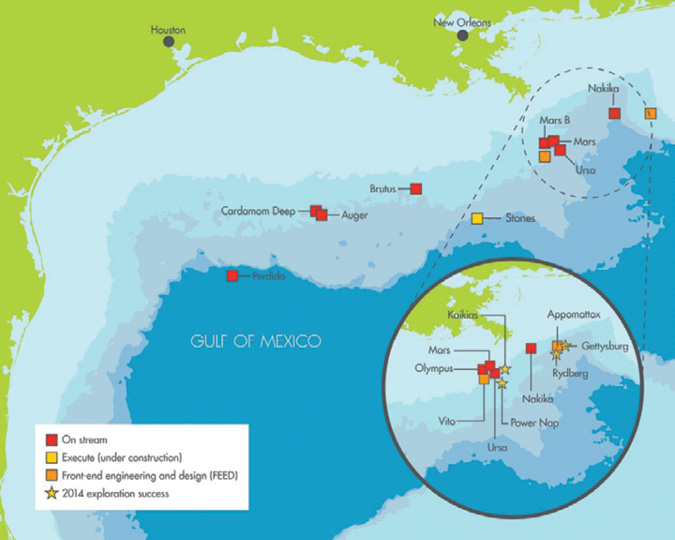 Structural re-engineering and “competitive rescoping” are enabling Shell to continue to advance its deepwater program in the deepwater Gulf of Mexico. (Courtesy Shell)

Shell has awarded several contracts in support of field development since the project was sanctioned in 2015. Some of the more notable contracts are described below.

• Materia Inc., in conjunction with Aegion Corp., will supply an insulation system to provide a thermal barrier between flowlines and seawater.