Premier Oil and Rockhopper have signed a Heads of Terms with Houston-based Navitas Petroleum to farm into 30% of the Sea Lion oil and gas project in the offshore North Falkland basin. 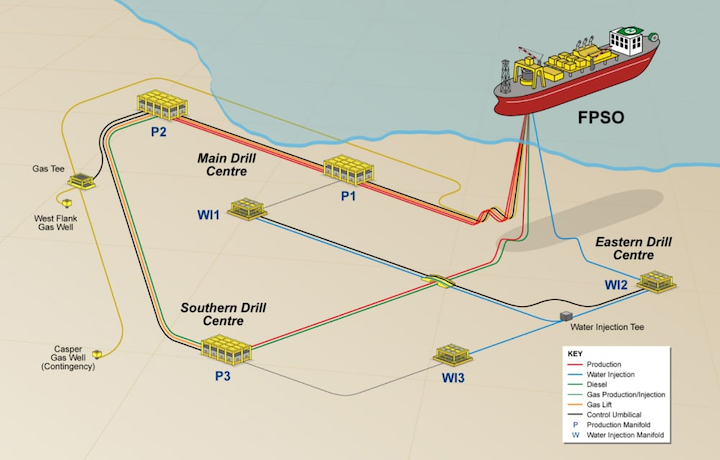 LONDON – Premier Oil and Rockhopper have signed a Heads of Terms with Houston-based Navitas Petroleum to farm into 30% of the Sea Lion oil and gas project in the offshore North Falkland basin.

If approved, this would lead to an alignment of working interests across the Sea Lion licenses PL032, PL004b and PL004c as follows: Premier 40% (operator); Rockhopper 30%; and Navitas 30%

Navitas’ existing assets include a share of the producing Buckskin field in the Gulf of Mexico and exploration prospects in block 7 offshore Canada.

The company’s chairman is Gideon Tadmor, said to be a driving force in the development of Israel’s offshore oil and gas sector, and CEO and chairman of Delek Group’s upstream companies.

Samuel Moody, CEO of Rockhopper, said: “We… regard their joining as an important catalyst as well as industry endorsement of Sea Lion’s scale (independently audited 2C resources of c.520 MMbbl) and potential (NPV10 at first oil c.$4 billion).

“Navitas add valuable offshore experience from their Gulf of Mexico projects and hugely successful prior personal involvement in Israel’s offshore sector. They also materially strengthen and enhance the prospects for a successful project financing, as clearly demonstrated by their success in funding other similar developments elsewhere in the world and with proven access to capital markets.”

The joint venture plan to continue pursuing a senior debt project finance (or a similar arrangement) to fund the Phase 1 development of Sea Lion.

In addition, Rockhopper has granted Navitas and Premier an option to acquire respectively 30% and 40% stakes in working interests in PL004a (Isobel Elaine), part of the planned Phase 2 development of the Sea Lion area.