ExxonMobil and its partners have discovered a seventh oil field in the deepwater Stabroek block offshore Guyana. 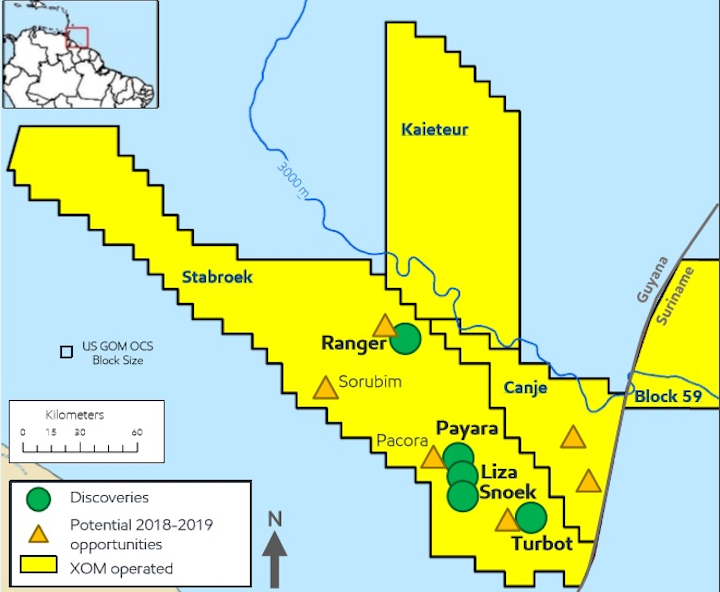 NEW YORK – ExxonMobil and its partners have discovered a seventh oil field in the deepwater Stabroek block offshore Guyana.

Hess CEO John Hess said: “The giant Payara field, which is planned as the third developmentoffshore Guyana, will now include Pacora resources – increasing the size of the FPSO and bringing expected gross production from the first three phases of development to more than 500,000 b/d.”

The other previous discoveries on the block are Liza, Liza Deep, Snoek,Turbot, and Ranger.

Following completion of the current well, theStena Carron drillship will drill the Liza-5 well and complete a well test, which will assist conceptual planning for the Payara development.

It will then begin a new round of exploration and appraisal drilling on the block.