Shell to redevelop North Sea Penguins with a floater

Shell will commission a newbuild Sevan 400 FPSO for its re-development of the Penguins oil and gas field in the UK northern North Sea. 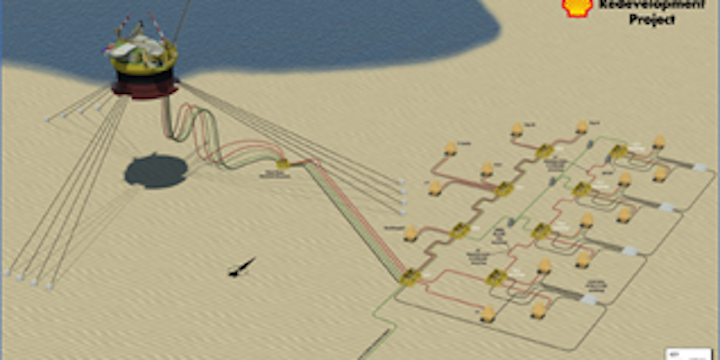 ABERDEEN, UK – Shell will commission a newbuild Sevan 400 FPSO for its re-development of the Penguins oil and gas field in the UK northern North Sea.

This will be the company’s first new manned installation in the area for almost 30 years. It will have capacity to produce up to 45,000 boe/d.

Shell said the project represented an attractive opportunity with a competitive break-even price of less than $40/bbl.

Currently, oil and gas from the Penguins field is processed via four drill centers tied back to the Brent Charlie platform, which is close to ceasing production.

Shell plans to drill an additional eight wells on Penguins, tied back to the new FPSO.

Steve Phimister, vp Upstream for Shell in the UK and Ireland, said: “Having reshaped our portfolio over the last 12 months, we now plan to grow ourNorth Sea production through our core production assets.”

“The Penguins redevelopment is expected to produce around 80 MMboe via a newbuild FPSO development. This is the largest FID sinceCulzean in August 2015 and shows market confidence has returned.

“We are expecting up 14 UK FIDs in 2018, Penguins is the second largest by reserves.”