EnQuest is on track to achieve first oil from the Kraken field in the UK northern North Sea before the end of June, according to CEO Amjad Bseisu. 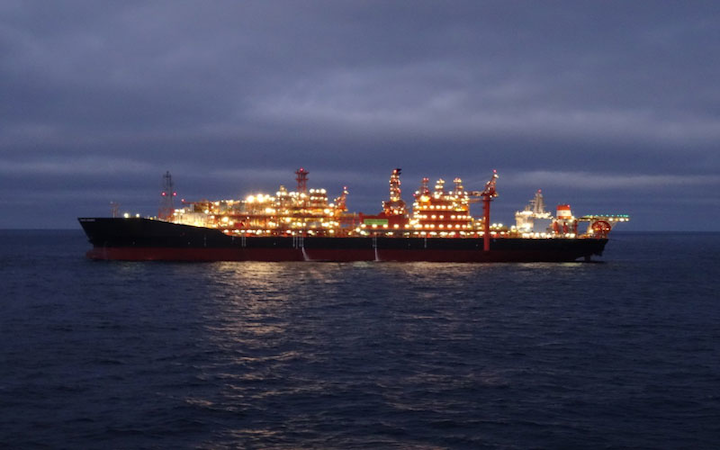 LONDON – EnQuest is on track to achieve first oil from the Kraken field in the UK northern North Sea before the end of June, according to CEO Amjad Bseisu.

This will provide the company with its seventh operated hub, and should also allow it to progress from a period of heavy investment to positive cash generation.

All drilling has been completed on the DC1 and DC2 drill centers and the rig has now moved to DC3.

The FPSO’s turret pipework and emergency shutdown valves have been installed; nitrogen/helium leak testing has finished, as has final rotation testing. Boiler systems are functioning and the water injection and HSP power pumps have been commissioned.

Testing and other final commissioning of topsides and subsea infrastructure continues.

At start up, seven producer and six injector wells should be available. Wells will be brought onstream in a phased manner in line with a view to maximizing long-term productivity.

EnQuest’s proposedacquisition and operation of BP’s interests in the Magnus oil field in the same area and the Sullom Voe Terminal on Shetland should be completed around year-end. Magnus will be the company’s eighth operated hub and should provide potential for further growth.

As for the company’s producing fields, at Thistle/Deveron in the UK northern sector a program to improve the reliability of water injection is having a positive impact.

At the recently onstreamScolty/Crathes fields in the Greater Kittiwake Area of the central North Sea, the focus is on optimizing production from existing wells. Rates from the fields this year have been constrained due to operational issues.

In the same sector, output from Alma/Galia has been lower than last year, with two wells shut in, production outages earlier in the year resulting from storm damage, and natural decline.

EnQuest is in discussions with the electric submersible pump supplier on rectification measures to address pump reliability issues.

At Alba, operated by Chevron, production has benefited from the A49 well coming back online in March.

Offshore Malaysia, EnQuest is continuing its program of low cost well interventions at the PM8/Seligi project.