The first of the two gas export compressors on the Greater Stella Area FPF-1 platform in the UK North Sea has been fully commissioned, says operator Ithaca Energy. 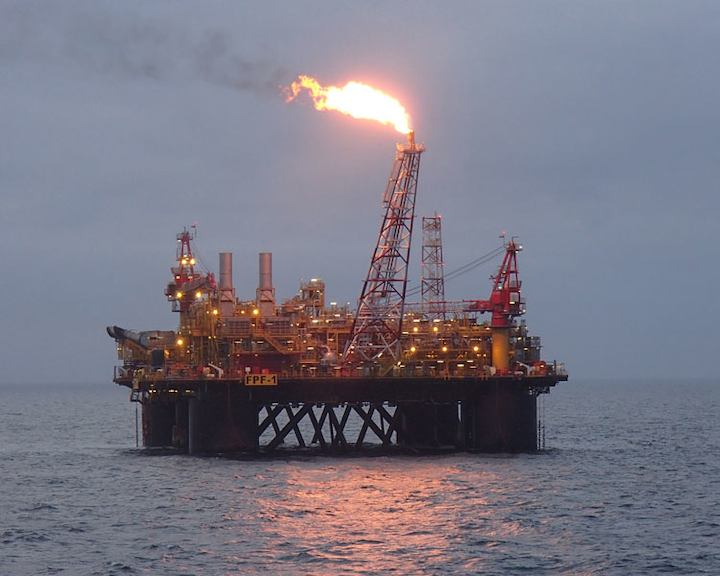 ABERDEEN, UK – The first of the two gas export compressors on the Greater Stella AreaFPF-1 platform in the UK North Sea has been fully commissioned, says operator Ithaca Energy.

Commissioning of the second export compressor is virtually complete, however Ithaca has suspended gas exports until the drive motors on the seawater lift pumps that provide cooling for the gas processing systems have been replaced.

Modifications continued on theFPF-1 ahead of the switch from the current oil tanker loading to pipeline exports via the Norpipe system during 2017.

Development drilling is under way on theHarrier field, a satellite tieback to the GSA. The ENSCO 122heavy duty jackup is drilling a multilateral well into the field’s two reservoir formations: work should be completed later this year.

The Harrier well will be tied back via a 7.5-km (4.6-mi) pipeline to a slot on the Stella main drill center manifold for onward export and processing of production on theFPF-1.

Subsea infrastructure installation is scheduled for summer 2018, with Harrier due to enter production later on that year.

This month, Ithaca has entered into a sales and purchase agreement to acquire Premier Oil’s 25% interest in license P1823 (block 30/13b), containing the Ithaca-operated Austen discovery.

As a result, Ithaca will become sole owner of the license and Austen, around 30 km (18.6 mi) southeast of the GSA hub.