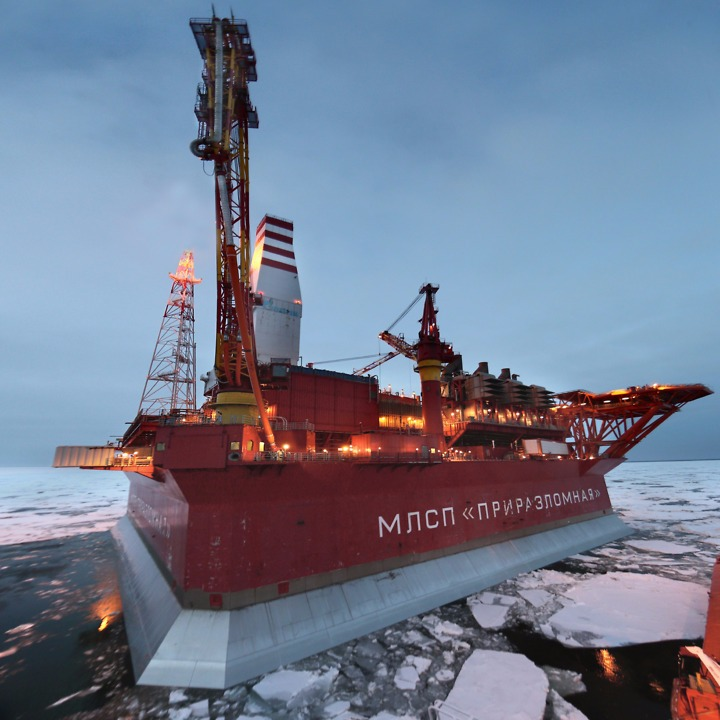 MOSCOW – Gazprom Neft says that it has drilled and commissioned the first ever multi-hole ‘fishbone’ well involving multiple horizontal branches at the Prirazlomnaya ice-reinforced platform in the Pechora Sea, off northern Russia.

The chosen trajectory for the wells is said to lead to significantly greater coverage of oil-bearing sections of the subsurface strata.

This latest well was also the fourth injector atPrirazlomnaya, with the platform currently having six producers, four injectors, and one absorption well in service.

A multi-hole well with a fishbone trajectory does not require construction of separate wells for each horizontal shaft, which lessens drilling costs. Each horizontal section, directed at a specific oil-bearing section of the strata, is designed to increase the injection capacity of the well and the drainage area.

The horizontal branches were created through open-hole cutting and shearing, and Gazprom Neft claims it is among the most complex multi-barrel wells ever drilled. The process of drilling multi-hole fishbone wells is more labor-intensive than drilling traditional horizontal wells, the company adds, since the main offshoots and motherbore have a higher drilling difficulty index.

Andrey Patrushev, deputy CEO for Offshore Development, said the additional horizontal shafts were drilled all in one go, five days ahead of schedule.

ThePrirazlomnoye oil field, 60 km (37 mi) offshore, has estimated recoverable reserves of around 70 MM metric tons (77.16 MM tons). All wells are located within the platform, the base of which acts as a buffer between the well and the open sea, which can reach depths of up to 20 m (65.6 ft) around the field.