Woodside Energy says that a re-entry and side track appraisal well on the Thalin gas discovery offshore Myanmar was successful. 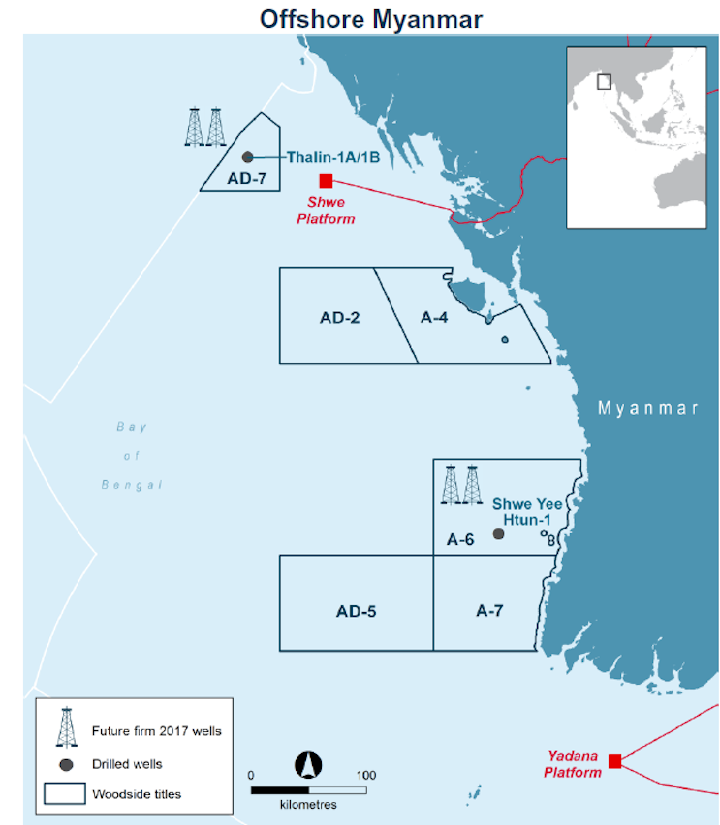 PERTH, Australia – Woodside Energy says that a re-entry and side track appraisal well on the Thalin gas discoveryoffshore Myanmar was successful.

Initial drillstem test results on the Thalin-1B well revealed sustained flow rates of around 50 MMcf/d on a 48/64-in. choke.

Preparations are under way for another drillstem test of the upper reservoir, after which Woodside plans to spud the Thalin-2 on block AD-7.

As for development projects off Western Australia, Woodside anticipates first LNG in mid-year from the Chevron-operated Wheatstone, where offshore hookup and commissioning continue.

The subsea Persephone project remains on schedule for start-up during 3Q, with all umbilicals and flowlines in place.

At theGreater Western Flank 2 project, five of eight wells across three of the four drill centers have been spudded, with the drilling rig preparing to start drilling at the Lady Nora Pemberton drill center.