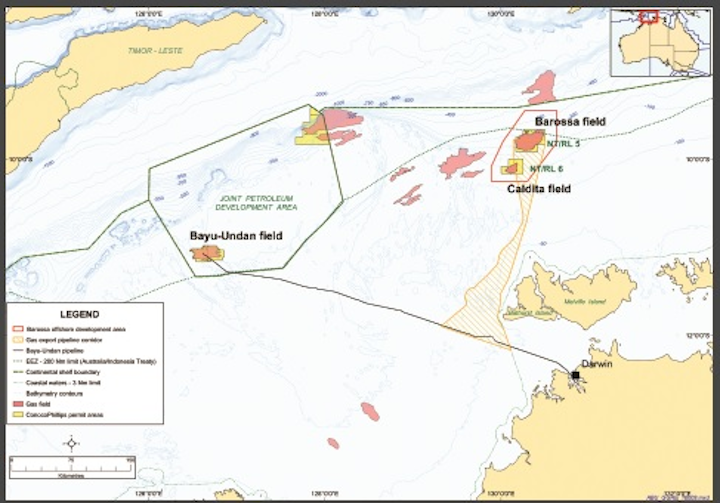 Barossa is a gas/light condensate field 300 km (186 mi) north of Darwin which could provide backfill gas to the Darwin LNG facility from 2023, when the existing offshore gas supply from theBayu-Undanwill likely be exhausted.

ConocoPhillips has been working on a development concept based on an FPSO, subsea production system and a gas export pipeline, and has prepared an offshore project proposal in accordance with the Australian government’s environmental assessment process for a new petroleum project in Commonwealth waters.