Saipem’s semisubmersible Scarabeo 9 has spudded the Maria-1 exploration well, the first ever deepwater well in the Russian sector of the Black Sea, for the Rosneft/Eni joint venture. 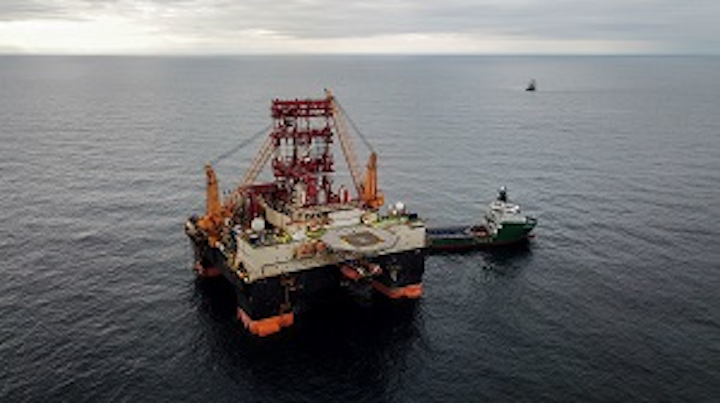 Scarabeo 9 has spudded the Maria-1 exploration well, the first ever deepwater well in the Russian sector of the Black Sea

MOSCOW – Saipem’s semisubmersible Scarabeo 9 has spudded the Maria-1 exploration well, the first ever deepwater well in the Russian sector of the Black Sea, for the Rosneft/Eni joint venture.

According to Rosneft, mobilizing the115 m (377 ft) tall rig, with an 80 m (262 ft) wide deck, was a complex operation. In September it sailed from Las Palmas in the Canary Islands, subsequently entering the Black Sea via the Bosphorus strait and arriving at the Romanian port of Constanta a month later.

The distance covered en route was more than 3,000 nautical miles.

The dynamically positioned rig features a dual derrick, allowing simultaneously casing and wellhead equipment assembly and running operations while drilling, which is said to cut well construction times by up to 30%.

To safeguard against environmental incidents, the rig’s subsea capping system is equipped with seven BOPs.

“The Black Sea has significant oil and gas potential, but yet not a single well has been drilled in the deepwater Russian offshore,” said Rosneft’s CEO Igor Sechin. “Indicated geological traps are located at the areas with the sea depth exceeding 2,000 m…

“Upon completion of additional works and technical studies the company plans to refine and possibly increase the potential geological resources appraisal.”