Statoil expects Snorre to produce beyond 2040

Statoil, on behalf of the Snorre Unit partners, has submitted the plan for development and operation of the Snorre Expansion project in the northern North Sea to the Norwegian authorities. 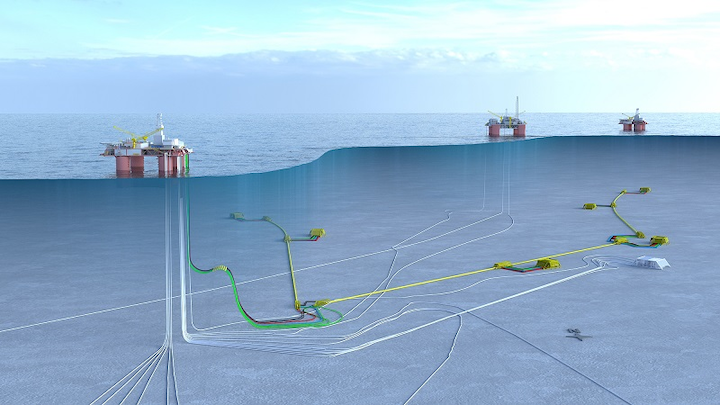 STAVANGER, Norway– Statoil, on behalf of the Snorre Unit partners, has submitted the plan for development and operation (PDO) of the Snorre Expansion project in the northern North Sea to the Norwegian authorities.

The NOK19-billion ($2.3-billion) investment will increase recovery from the Snorre field in the Tampen area by about 200 MMbbl.

Margareth Øvrum, executive vice president for Technology, Projects and Drilling, said: “Snorre Expansion has been a marginal project, and Statoil has worked closely with partners and suppliers to realize it. We have finally arrived at a good concept utilizing existing infrastructure and reducing costs.”

The Snorre field was discovered in 1979 and production started in 1992. The field life was originally expected to last until 2011-2014, according to Statoil, but it is now expected to produce beyond 2040.

First production from the Snorre Expansion project is planned for 2021.

In addition to submitting the PDO, Statoil has awarded contracts worth up to NOK9 billion ($1 billion) for the project. All contracts are subject to final approval of the PDO by Norwegian authorities.

Production will take place at Subsea 7’s fabrication facilities at Wick, Scotland. Project management and engineering will begin immediately at its offices in Stavanger and Aberdeen. Offshore operations will take place in 2019 and 2020.

Aibel received an estimated NOK1.6-billion ($191-million) EPCIC contract for modifications to the Snorre A platform. Engineering starts immediately, and will at its peak involve around 160 engineers in Stavanger, whereAibel recently concluded the FEED study for the modification contract.

The modifications include removal of excess weight and equipment from the platform. The contract also comprises the installation of a new 650-ton support module for risers. This module will be built at Aibel’s yard in Haugesund. The start of prefabrication is planned for January 2019, while the module installation is scheduled for the spring of 2020. Around 70 to 100 people will be involved in fabrication work in Haugesund.

Statoil has also awarded the harsh environment semisubmersibleTransocean Spitsbergen a 22-well contract for the project. The contract is expected to begin in 3Q 2019 for an estimated duration of 33 months.