The jackup Maersk Invincible is being supplied with electricity via a cable link from the Valhall IP platform in the southern Norwegian North Sea. 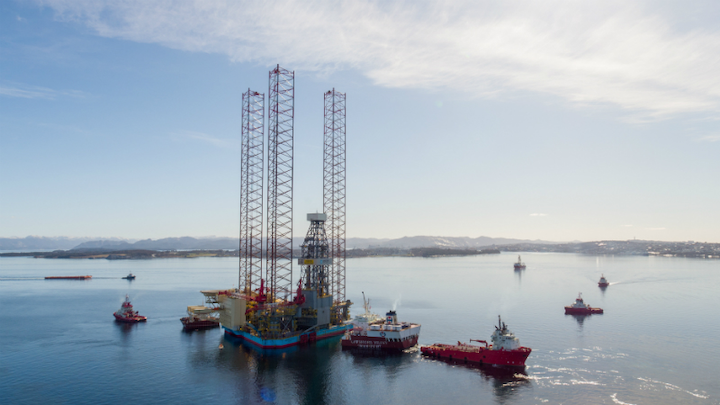 LYSAKER, Norway – The jackupMaersk Invincible is being supplied with electricity via a cable link from the Valhall IP platform in the southern Norwegian North Sea.

According to Valhall operatorAker BP, this is probably the first instance of an offshore drilling rig being fully powered fully from shore.

“We had available power supply capacity andMaersk Drilling made a commitment to facilitate electrification of the Maersk Invincible when it was built in South Korea.”

The rig receives power through a 500-m (1,640-ft) long high voltage cable from Valhall IP. Aker BP secured funding of up to NOK42 million ($4.96 million) from the Norwegian business sector’s NOx Fund for the electrification project and the associated modifications.

Plugging wells is part of a diverse program to modernize the Valhall field center. The three original platforms from the start of operations in 1982 – QP, DP, and PCP – will all be removed.

The remaining platforms, IP, WP and PH, are set to produce for many years to come.