Iranian Offshore Oil Co. has installed the F18 jacket at the Forouzan oil field in the Persian Gulf. 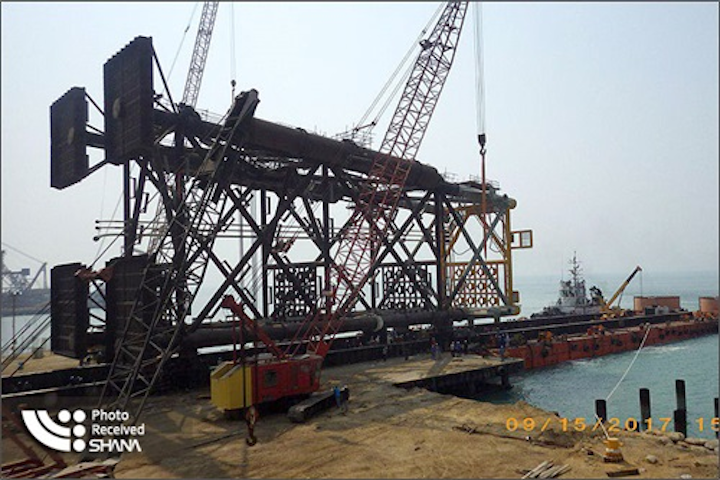 Pile driving of the structure should take 10 days to complete.

The next steps will be mating with the topsides and drilling of more oil wells, the company’s managing director Hamid Bovard told news service Shana.

Once operational, the platform will add nearly 7,000 b/d of crude to the field’s daily production capacity.