Drilling is under way on the Eni-operated Boné (ex-Dazzler) exploration well in the Norwegian Barents Sea. 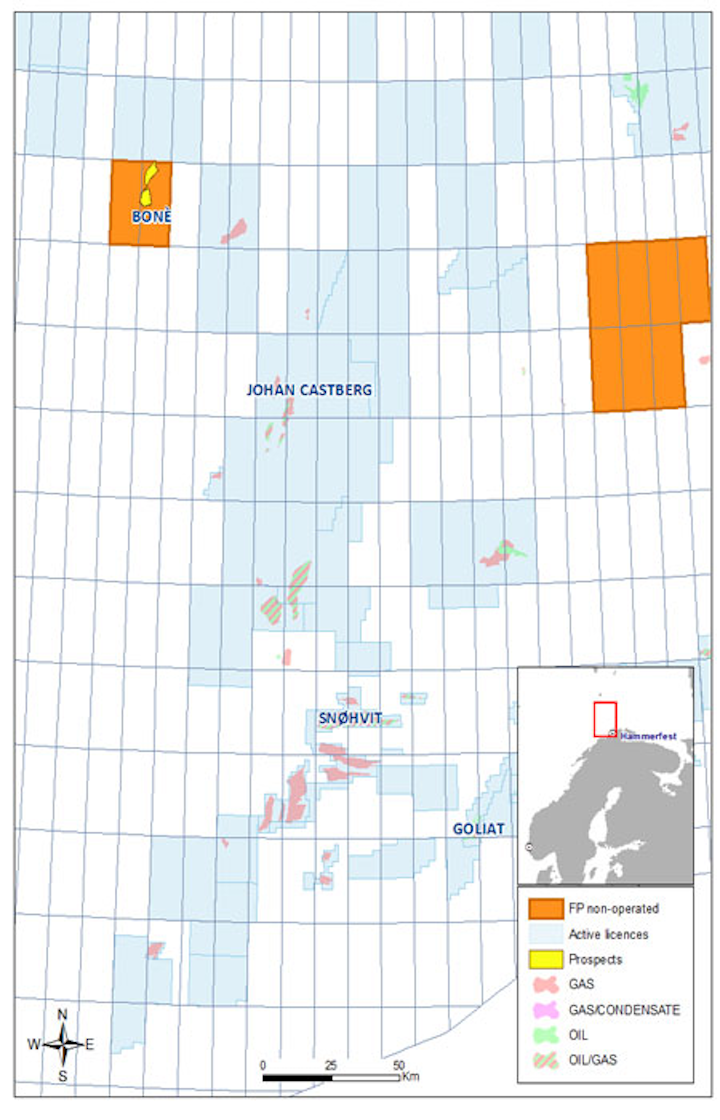 ABERDEEN, UK – Drilling is under way on the Eni-operated Boné (ex-Dazzler) exploration well in the Norwegian Barents Sea.

The semisubmersibleScarabeo 8 is drilling well 7318/12-1 on license PL716 in the western part of the Barents Sea in a similar structural setting to Statoil’s Johan Castberg oil discovery, 90 km (56 mi) to the southeast.

According to partnerFaroe Petroleum, the main targets are Jurassic Stø- and Nordmela sandstones with a secondary target in the Triassic Fruholmen and Snadd sandstone formations.

Faroe and its partners in PL740 in the North Sea have committed to an appraisal well in mid-year on theBrasse discovery, to be drilled by the Odfjell Drilling semisubmersible Deepsea Bergen.

A well and side track on Brasse last July encountered oil and gas in a good-quality Jurassic reservoir.

The main objectives of the appraisal well will be to reduce uncertainty in the reserves estimates and to provide additional information for a development.

Brasse is 13 km (8 mi) south of the Brage field platform, in which Faroe has a 14.3% interest, and 13 km southeast of the Oseberg field center.