Seadrill has detailed recent contracts wins for its drilling fleet. 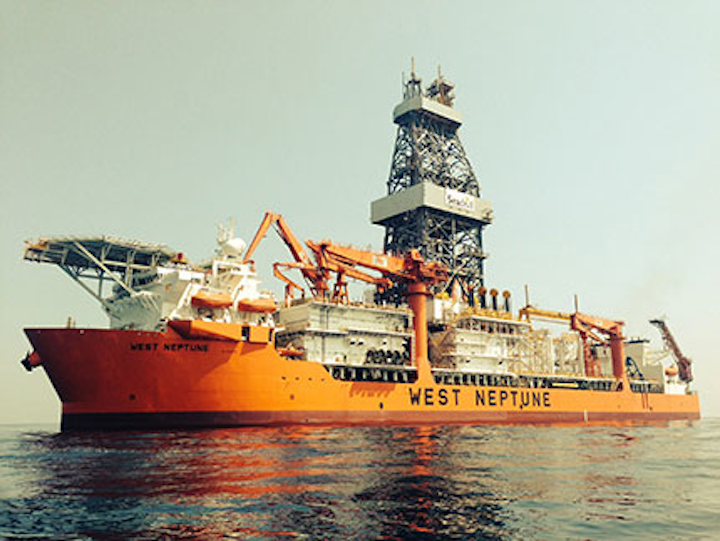 In July, the jackupWest Telesto started a two-well contract for Petronas offshore Malaysia – the contract carries options for a further three wells.

Following an agreement with theCardon IV venture, the jackup West Freedom was released from its contract offshore Venezuela and can begin preparations early for a forthcoming contract for Ecopetrol off Colombia.

The ultra-deepwater drillshipWest Neptune has an extension from LLOG to drill three wells with two completions options in the US Gulf of Mexico, starting Dec. 15, in direct continuation of the existing contract with the operator.

The semisubWest Phoenix will start a one-well contract this fall for Wintershall on the Norwegian continental shelf.

Market conditions fordrilling contractors remain challenging, Seadrill said, with oil companies still focused on cash conservation. In the majority of cases their offshore capex for full-year 2017 is now set to be less than initially predicted.

This, combined with the supply overhang in the floater and jackup sectors is making each rig tender fiercely competitive. Oil companies continue to benefit from the situation by securing high-spec rigs at rates that are cash breakeven or below.

However, there has been an increase in tendering activity, fixtures, and scrapping over the last quarter, all positive indicators that the market is headed in the right direction, Seadrill claimed.

Efficiency measures are makingdeepwater exploration and production in the lower price environment, and Seadrill remains confident in the long-term fundamentals of the industry.