OMV has secured approval from the Norwegian Petroleum Directorate for appraisal drilling its Wisting discovery in the Barents Sea. 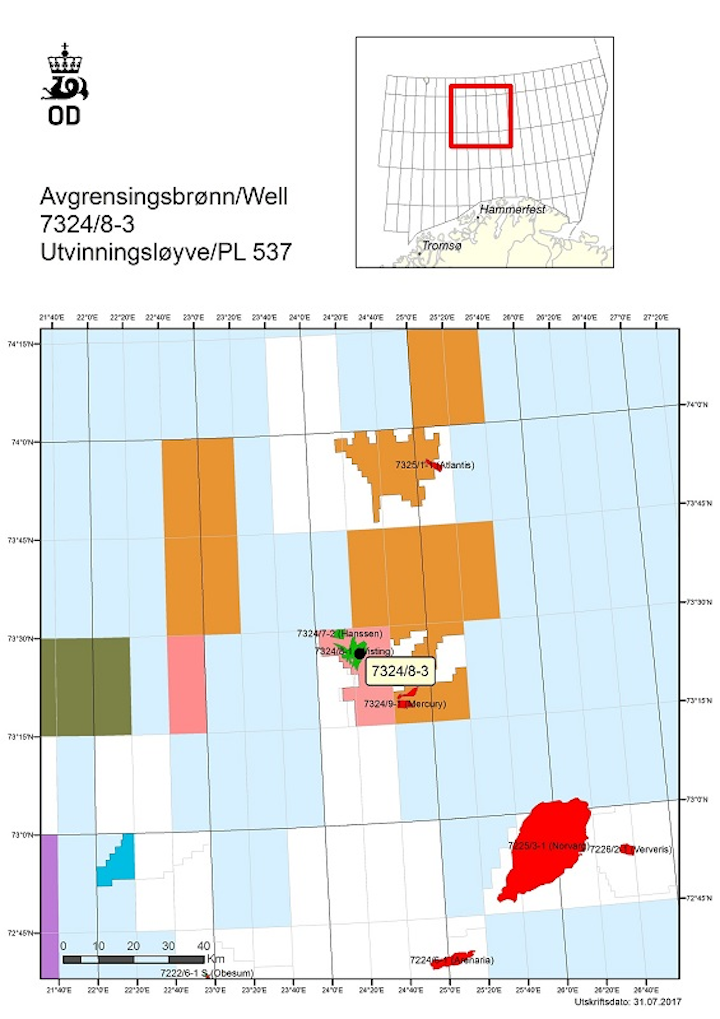 OSLO, Norway – OMV has secured approval from the Norwegian Petroleum Directorate for appraisal drilling its Wisting discovery in the Barents Sea.

The semisubmersibleIsland Innovator will drill well 7324/8-3, the sixth on production license 537, which was awarded under Norway’s 20th licensing round in 2009.