Odfjell Drilling has signed a conditional letter of award with an unnamed oil major for the semisubmersible Deepsea Stavanger to drill a well offshore South Africa. 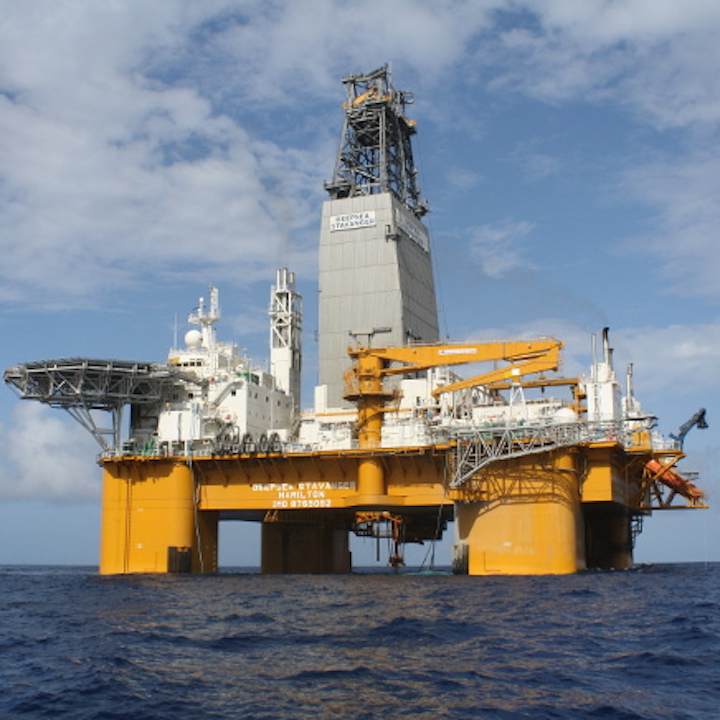 BERGEN, Norway – Odfjell Drilling has signed a conditional letter of award with an unnamed oil major for the semisubmersible Deepsea Stavanger to drill a well offshore South Africa.

The contract will start following completion of an upcoming assignment with Wintershall Norge on theMaria field in the Norwegian Sea.

Odfjell adds that the value of the contract, including mobilization/demobilization, could reach $55 million. Drilling of the well should take 60-80 days.

CEO Siemn Lieungh said: “The companies have collaborated closely on this challenging project for many months and believe together we have a technical and operational solution to meet the unique combination of harsh environment conditions encountered on site.

Odfjell Drilling has also received a letter of intent from another undisclosed party for its semisub Deepsea Bergen to drill one firm high-pressure/high-temperature well offshore Norway, with options for two further HP/HT wells.

This contract is scheduled to begin during 1Q 2018 and could last around 100 days (excluding options).

TheDeepsea Bergen is currently working for Statoil on the NCS until mid-July, after which it will drill another well in the Norwegian sector for Faroe Petroleum.