Eni Norge will drill two wells from subsea facilities on the Goliat field in the Barents Sea to start production from the Snadd discovery. 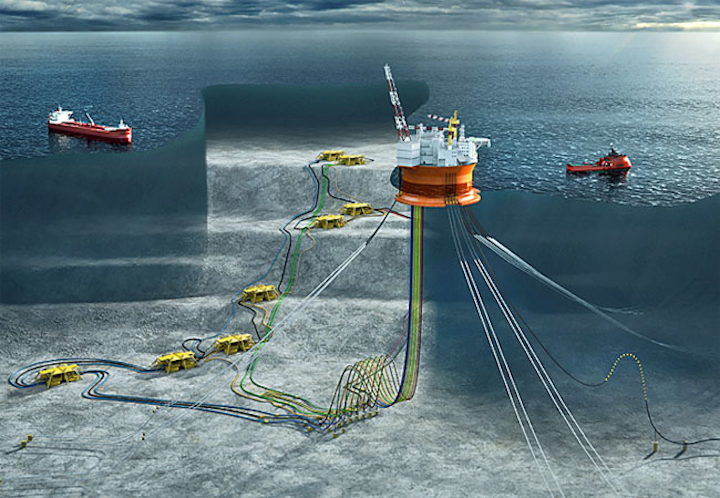 Goliat layout in the Barents Sea

OSLO, Norway – Eni Norge will drill two wells from subsea facilities on the Goliat field in the Barents Sea to start production from the Snadd discovery.

According to theNorwegian Petroleum Directorate (NPD), this will increase oil reserves on Goliat by 7.5 MMbbl to around 200 MMbbl.

The Snadd reservoir is between the two reservoirs from which Goliat is already producing (Realgrunnen and Kobbe).

It was also covered in Goliat’s original plan for development and operation (PDO), and the Norwegian authorities have approved Eni’s application for a PDO exemption.

The NPD says modifications on the Goliat platform are not necessary. One production well and one water injector will be drilled in Snadd, with start-up anticipated later this year.

Eni has identified other prospects in the area which if commercial could be tied in to Goliat.

“We also expect that the licensees on Goliat will drill more wells that can contribute to further improving recovery from the field,” said Tomas Mørch, NPD assistant director responsible for development and operations in the Barents Sea.