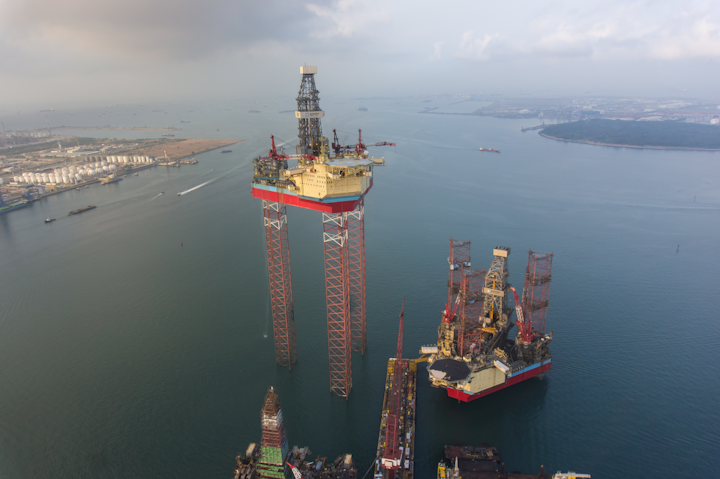 The rig will head for the Norwegian North Sea on a four-year contract with Total E&P Norge.

The Maersk Intrepid will be drilling the demanding and complex wells on theMartin Linge field development in the Norwegian North Sea. The contract includes four one-year options. The estimated contract value for the firm contract is USD 550 million.

With a leg length of 206.8 m (678 ft) the rigs are the world’s largest jack-up rigs and are designed for year round operation in the North Sea, in water depths up to 150 m (492 ft). The rig features dual pipe handling so that while one string is in the well, a second string can be assembled/disassembled and stored in the set-back area for subsequent use.

Maersk Intrepid is the first in a series of four newbuild ultra harsh environment jackups to enter Maersk Drilling’s rig fleet in 2014-16. The four jackups represent a total investment of $2.6billion. The first three will be delivered from the Keppel FELS yard in 2014-2015, and the fourth will be delivered from the Daewoo Shipbuilding and Marine Engineering in South Korea in 2016.