Statoil has confirmed oil and gas discoveries in the Askja structure in the Norwegian North Sea. 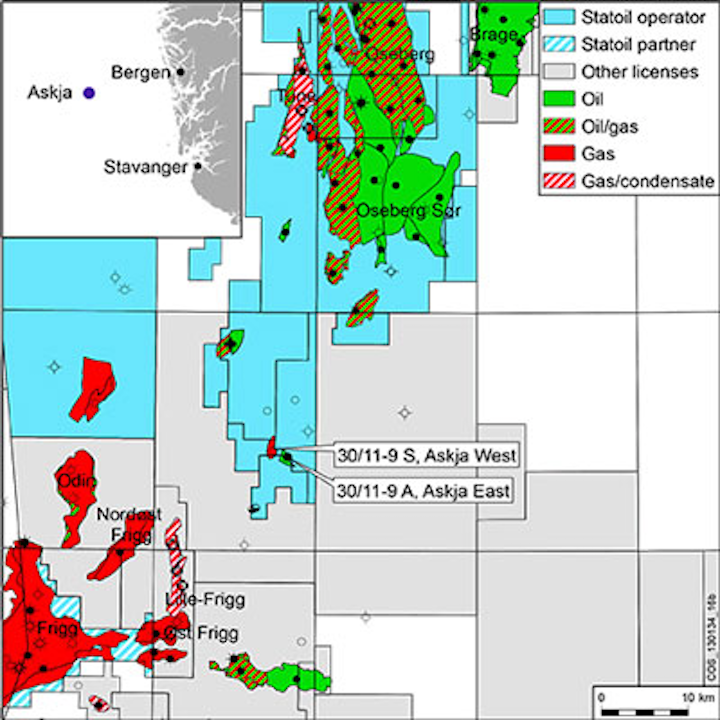 STAVANGER, Norway – Statoil has confirmed oil and gas discoveries in the Askja structure in the Norwegian North Sea.

The semisubmersibleOcean Vanguard drilled a well and side track in license PL272, finding gas in Askja West and oil in Askja East. The location is 35 km (21.7 mi) south of the Oseberg Sor complex, and 3 km (1.8 mi) southeast of Statoil’s 2011 Krafla/Krafla West discoveries.

Combined recoverable volumes could be in the range of 19-44 MMboe. Askja could be developed jointly with Krafla and Krafla West, thought to hold 50-80 MMboe recoverable.

These were the second and third wells on the license, awarded in 2002. Statoil’s partners in PL272 are Svenska Petroleum Exploration and Det norske oljeselskap.