Statoil has made its third discovery in the Norwegian Sea in the space of three months. 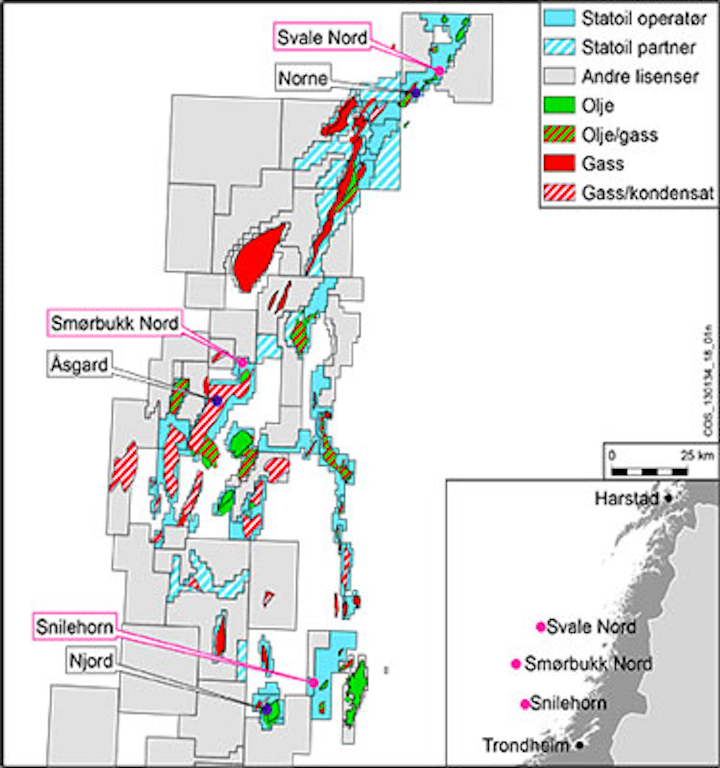 STAVANGER, Norway – Statoil has made its third discovery in the Norwegian Sea in the space of three months.

The semisubmersibleSonga Trym drilled well 6407/8-6 and a subsequent side track on the Snilehorn prospect in the PL348/348B license, 15 km (9.3 mi) northeast of the Njord field. It encountered several oil columns in Jurassic-age formations.

The main wellbore additionally proved oil in deeper Triassic reservoir rocks, probably in the Grey Beds formation. An oil find at this level could be a first for the Norwegian Sea, Statoil claims.

Snilehorn likely will be developed via the (satellite)Hyme production system to the Njord complex, or tied-in directly to the Njord platform. Statoil sees follow-up potential in the area.