The semisubmersible Transocean Spitsbergen has completed drilling and testing of the Wisting Central II appraisal well in the Norwegian Barents Sea. 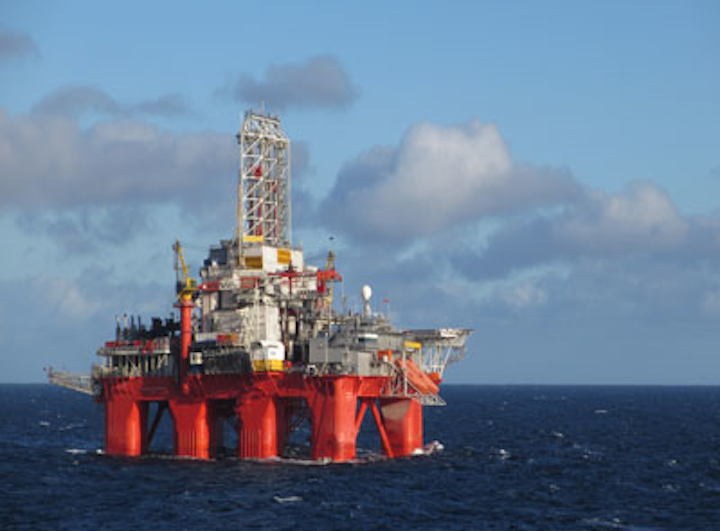 Wisting, in 402 m (1,319 ft) of water, is Norway’s northernmost oil discovery. The latest well was the fifth in production license PL537, awarded in 2009 under Norway’s 20th licensing round.

Operator OMV’s aims were to prove the presence of hydrocarbons in the undrilled Wisting Central South and Central West segments, and the feasibility of long-reach horizontal wells in a shallow reservoir roughly 250 m (820 ft) below the seabed.

The possibility to drill such wells is needed to establish the basis for a viable development of the discovery, the company claimed.

The well started vertically and was successfully steered into a horizontal orientation within a 250-m depth interval. Total well length was 2,354 m (7,723 ft) and the horizontal section measures 1,402 m (4,600 ft).

Data collection and geo-steering was conducted through the entire horizontal phase.

A production test completed at the end of March flowed more than 5,000 boe/d.

The well results will likely lead to an upgrade of in-place volumes in the Central South and Central West segments, and should reduce uncertainty over contingent resources in PL537, OMV added.

Other partners in the license are Petoro, Idemitsu, Tullow, and Statoil.