A year on since the oil price collapse and the effects are making themselves felt across northwest Europe, particularly in the UK and Norwegian sectors, according to a recent report issued by Hannon Westwood. 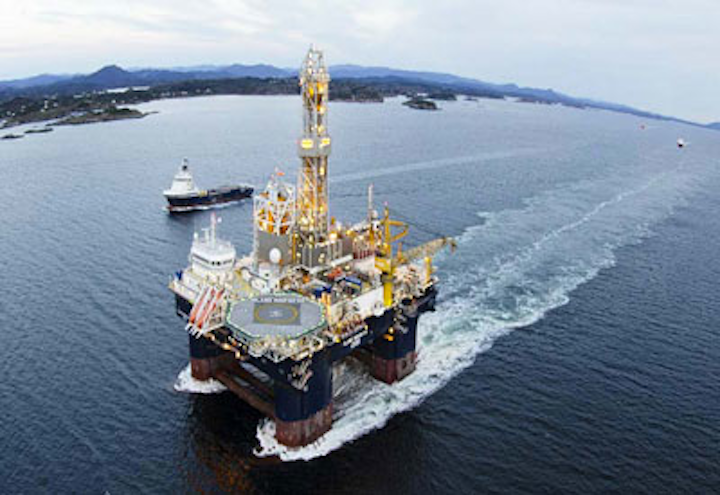 GLASGOW, UK–A year on since the oil price collapse and the effects are making themselves felt across northwest Europe, particularly in the UK and Norwegian sectors, according to a recent report issued by Hannon Westwood.

The count of E&A well spuds in the UK is at an all-time low, a level not seen since offshore drilling commenced in 1964, while in Norway a glut of dry holes and technical-only (rather than commercial) successes have plagued otherwise buoyant activity levels, the report notes.

However, while the UK saw just 13 exploration spuds last year, matching that of 2014, commercial success rates have been the highest for over a decade, and in 2015, the UK delivered the same volume of new resources through the drill bit as Norway, despite far fewer wells, with 16.5 MMboe per well comparing favourably to just 6 MMboe per well east of the median line.

Meanwhile, continued caution in theM&A market has resulted in only a handful of transactions in the UK, while it is business as usual in Norway with more than 40 deals conducted, Hannon Westwood said.

Positive results from the UK, in particular with regard to high commercial success rates and production levels, and Norway, where activity levels have remained high despite the current environment, are supplemented with encouraging signs elsewhere in northwest Europe.

The largest gas discovery in the Netherlands for some time (reported last year), along with substantial interests in the latestoffshore Ireland licensing round, provide optimism for the industry, the report suggests.

Looking forward, a number of potentially high impact E&A wells in the UK are expected in 2016, while the deals market in Norway is anticipated to remain stable despite a forecast drop in E&A drilling, Hannon Westwood says. So while investment is flagging, and companies are becoming ever more averse to unnecessary or risky expenditure, there remains quite a lot to be positive about in the coming 12 months, according to the report.