Statoil and its partners have submitted the plan for development and operation of the Byrding oil and gas discovery in the North Sea to government authorities. 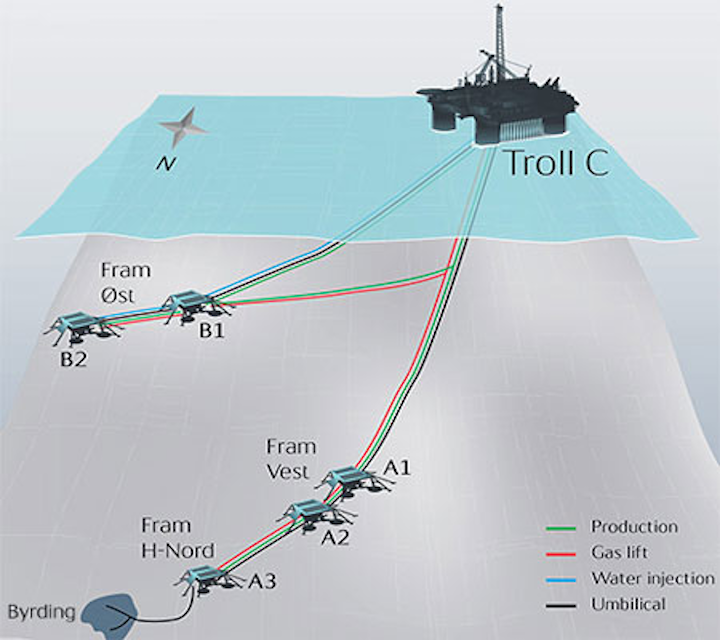 Byrding oil and gas discovery in the North Sea

STAVANGER, Norway– Statoil and its partners have submitted the plan for development and operation of the Byrding (previously Astero) oil and gas discovery in the North Sea to government authorities.

The development includes a duo-lateral well drilled from the existingFram H-Nord subsea template through which oil and gas from Byrding will flow to Troll C. Oil and gas will be piped from there through existing pipelines to Mongstad and Kollsnes, respectively.

Production is expected to start in 3Q 2017 and remain onstream for eight-10 years. In the peak period in 2017/2018 Byrding is expected to produce almost 8,000 boe/d. Recoverable volumes are projected at 11 MMboe.

Torger Rød, Statoil’s senior vice president for project development, said: “Combined with the use of an available well slot in an existing subsea template this reduces the costs of the project substantially. The project is profitable also in the current oil price environment.”

Partners in the project are Statoil Petroleum AS (operator) 45%, Wintershall Norge AS 25%, Idemitsu Petroleum Norge AS 15%, and Engie E&P Norge 15%.