Mating has been completed of the upper and lower hulls of the semisubmersible Frigstad Kristiansand at the Yantai CIMC Raffles Offshore shipyard in China. 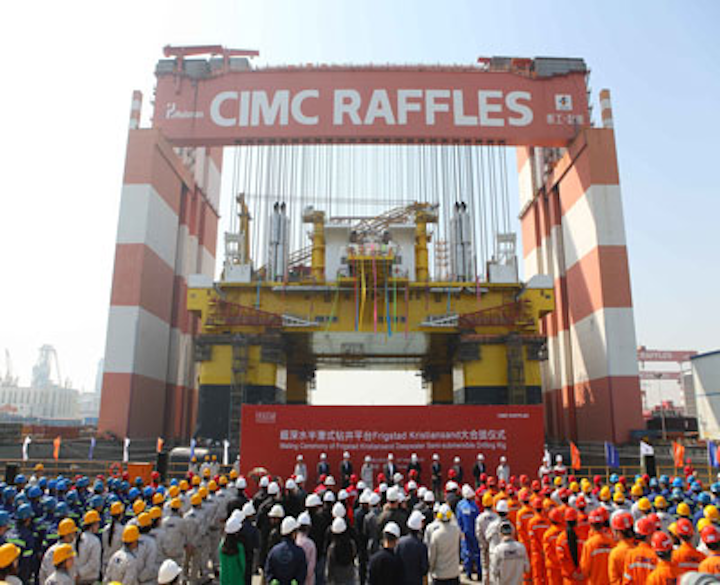 YANTAI, China – Mating has been completed of the upper and lower hulls of the semisubmersible Frigstad Kristiansand at the Yantai CIMC Raffles Offshore shipyard in China.

The weight of more than 18,000 metric tons (19,841 tons) was one of the heaviest ever lifts undertaken by a conventional crane, according to Frigstad Offshore.

This is the second of two ultra-deepwater semis under construction forFrigstad Deepwater and the third of the Frigstad D90 design.

The first rig, delivered in 2011, is operatingoffshore West Africa. Both the other rigs under construction are larger, with increased specifications.

Frigstad Kristiansand is expected to be delivered in 2Q 2017, while Frigstad Shekou should be completed six months earlier.