Statoil has completed a two-well appraisal program in the Krafla area of the Norwegian North Sea. 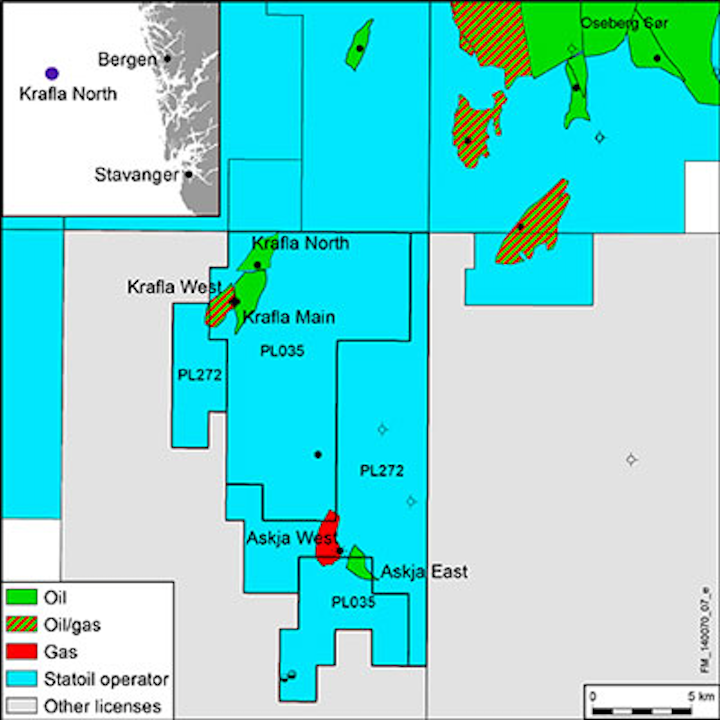 STAVANGER, Norway – Statoil has completed a two-well appraisal program in the Krafla area of the Norwegian North Sea.

According to the Norwegian Petroleum Directorate, the aims included delineation of the discovery and reducing the range of uncertainty of recoverable resources in Mid-Jurassic reservoir rocks (the Tarbert formation).

The well encountered an oil column totaling around 260 m (853 ft) in the Tarbert formation, divided between the upper and middle Tarbert, with good-quality reservoir rocks.

Statoil says the Krafla Main Tarbert appraisal well and a small oil discovery in theKrafla North prospect last December has improved prospects for a development of the Krafla field.

“Since 2011 we have made five discoveries in the Krafla area which includes the licenses PL035 and PL272: Krafla Main, Krafla West,Askja West, Askja East and Krafla North,” said Irene Rummelhoff, the company’s senior vice president for exploration on the Norwegian continental shelf.

“Altogether we expect to have discovered recoverable resources in a range of 140-220 MMboe…These are very substantial volumes for a mature area of the shelf.”

Other partners in the licenses are Det norske Oljeselskap and Svenska Exploration.