Recent commentary on the drilling market has focused on how the harsh semi-submersible market is turning around: in contrast, demand for drillships seems mired in the doldrums. But there are differing dynamics impacting recovery of the respective sectors. 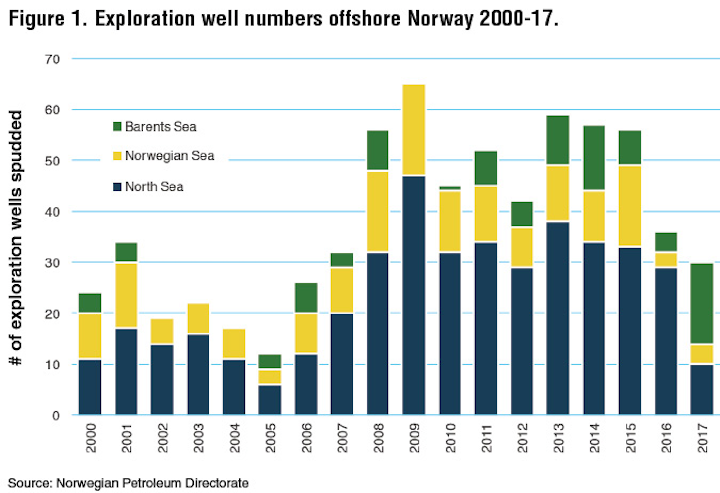 Recent commentary on the drilling market has focused on how the harsh semisubmersible market is turning around: in contrast, demand for drillships seems mired in the doldrums. But there are differing dynamics impacting recovery of the respective sectors.

In the Atlantic ‘Golden Triangle’ areas of West Africa and Brazil, drillships were the particular beneficiaries of strong demand for deepwater E&P that occurred during 2010-14. Since 2015, however, exploration activity in these regions has tailed off sharply.

In West Africa’s case, this was due mainly to the lower oil price, whereas in Brazil, Petrobras’ debt load, coupled with the ‘Operation Car Wash’ corruption investigation, had a significant negative impact on rig contracting. Brazil’s recent exploration licensing round has shown that the oil majors are now ready to re-commit to significant presalt exploration activity; however, a slide in oil prices could undercut the current momentum. 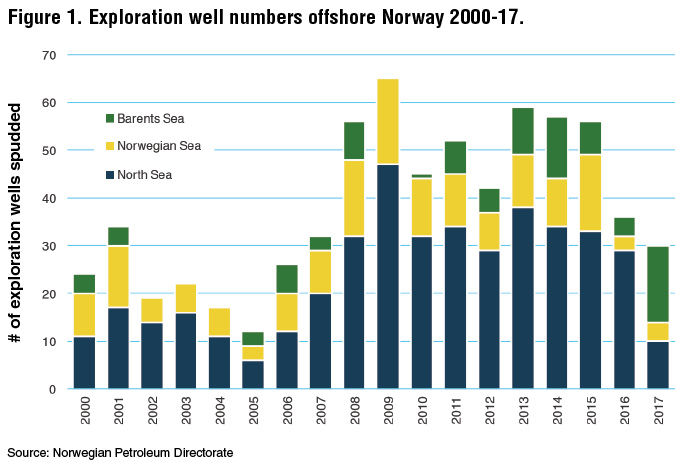 Elsewhere, the political and fiscal environment for the various offshore sectors in northwest Europe is relatively stable and even predictable. Here, the challenge facing rig owners/contractors is more geological: many of the recent exploration campaigns have focused on the Barents Sea, as much of the easily available oil in the North and Norwegian seas has already been accessed. 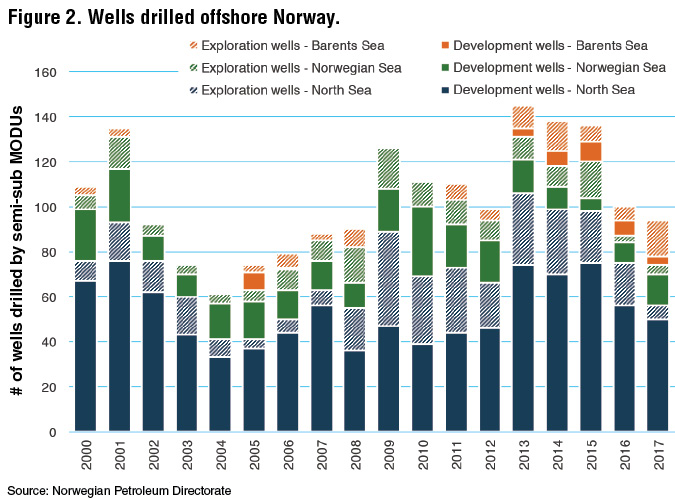 Drilling of both wildcats and appraisal wells in the Barents Sea has pushed up demand for semisubmersible rigs and the vessels which support them. However, the continuation of this demand is contingent as much on the discovery of fresh resources as on the future strength of the oil price. And last year’s exploration campaign in the Barents Sea turned up largely disappointing results. The same applies to the emerging Flemish Pass basin across the Atlantic offshore Newfoundland, where a two-well program by the semisubWest Aquarius last summer failed to find further oil for Statoil close to its Bay du Nord discovery.

There is still ongoing demand for harsh environment semisubmersible drilling in the North Sea and Norwegian Sea as well as in the Barents, and the overall supply demand balances for AOC-certificated rigs (those with acknowledgement of compliance, a pre-requisite for working in Norway) remain more favorable than the global average. Recent fixtures – such as that secured by theTransocean Arctic in the North Sea – at rates comfortably above operating costs – underline that the harsh semisub market has not been subject to the same level of oversupply as ultra-deepwater drillships (UDWs), with various near-completed newbuild UDWs still tied up at the berths of South Korean yards. 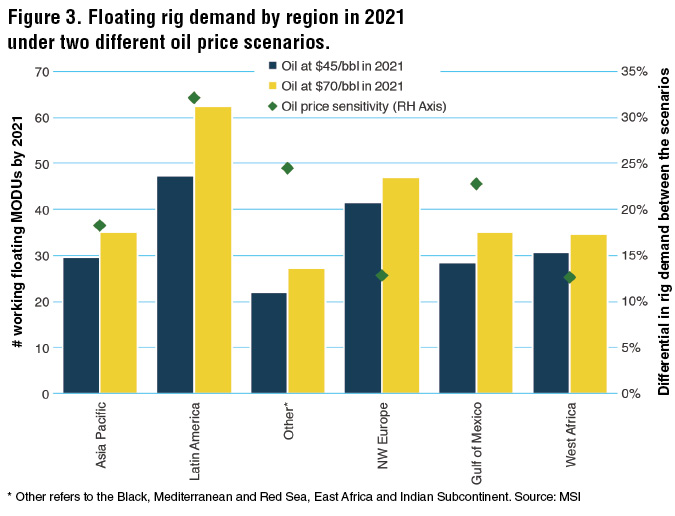 In terms of rig numbers, the principal areas that would benefit from a higher oil price would be Latin America – a resurgence led by Petrobras off Brazil, supported by continued deepwater exploration offshore Guyana and Suriname – and the US Gulf of Mexico. Higher oil prices would also stimulate significant deepwater campaigns in the Black and Caspian seas and incremental demand offshore East Africa. West Africa and the Asia/Pacific region appear less responsive to oil price fluctuations, but are more prone to be held back by bureaucratic hurdles and perceived political risk.

Second, because the geographical characteristics of the regions which have the highest sensitivity to the oil price are also best suited to drillship operations, drillship demand going forward will depend on oil price movements. So it is the UDW owners that should be praying most fervently for an oil price recovery.

James Frew is Director of Consultancy at Maritime Strategies International (MSI), and independent research and consultancy firm established in 1986, which has built a strong focus on maritime economics and econometric modelling. The company’s asset forecasts are said to be used by maritime finance providers holding 40% of all shipping bank debt.