The offshore sector, following the 2010 Macondo blowout, is under a technical and engineering reform that aims to enhance BOPs based on lessons learned. 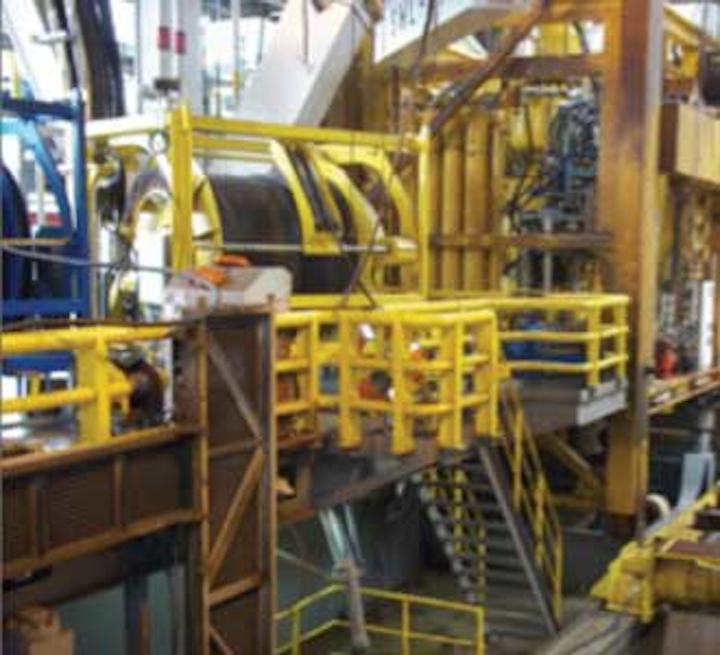 The offshore sector, following the 2010 Macondo blowout, is under a technical and engineering reform that aims to enhance BOPs based on lessons learned. The goal is to better control and shut in wells during all phases of drilling and workover operations by further analyzing standards, methods, equipment, and techniques linked to BOPs.

Capping stack technology, which was instrumental in shutting in Macondo, continues to emerge as part of this reform, as an additional layer of protection for drilling and workover activities. A notable feature of capping stacks is the fact that their design and build synthesizes drilling and workover and production-based technologies.1 This, in turn, raises the following questions: Can BOPs themselves benefit from being infused with production-based methods and technologies? And if so, what are the potential benefits for future drilling and workover operations? The following aims to answer these questions by examining BOPs from a production standpoint, with an emphasis on christmas tree technology.

Comparatively, the functionality and vitality of both BOPs and trees depends on the provision of a topsides-to-subsea conduit to bridge power and communication. However, the manner by which each system establishes a path of continuity is unique. For instance, a BOP's blue and yellow points of distribution (PODs), focal points for power and communication, use a MUX (multiplex) reel to operate.

Connecting a POD and MUX is achieved by mating, by hand, a two-part, dry-mateable MUX connector, whereas a subsea tree's connection can be mated and unmated subsea. Because dry-mateable connectors can only be mated on a rig floor, interfacing with a BOP stack, whose connector is inoperable at depth, is not possible. Attempting to remove a MUX connector, when a fault is linked to it, is detrimental, because the connector is not designed to be handled by an ROV - reinstalled in a submerged setting - or to be exposed to seawater during an unmating sequence. Thus, engaging it can only be done by tripping the BOP to surface, in order to replace or repair the connector. In a situation where time is critical, the time-intensive task of tripping a BOP to surface is a potential issue.

Conversely, a subsea control module (SCM) on a tree, which is comparable to a BOP's POD, does not use dry mate connectors. Instead, a topsides-to-subsea conduit is established by way of electrical and fiber-optic wet mate connectors that terminate to flying leads. In a typical subsea distribution method, a communication path is bridged to a production asset by jumping out from an umbilical termination assembly (UTA) via flying leads to tree. A key feature of these connectors and flying leads is their ability to be connected and disconnected multiple times, at depth, without damaging the flying lead or connector on either end. Applying such technology, or a parallel alternative, greatly aids offshore operations, as it also eliminates the need to recover a BOP when a MUX connector has gone offline.

Another key function of SCMs is their ability to be replaced when faulty conditions arise, allowing an operator to continue operations without having to recover a tree. Instead, running tools can be used to recover and install PODs. Using such methods on BOPs offers the advantage of independently recovering the blue and yellow PODs during anomalous conditions. The result is an expedited fault-finding, diagnostic, and repair process.

Furthermore, because of its size and dimension, an SCM can be shipped to location and retrieved from operational depth via a vessel of opportunity. This is advantageous, especially during an emergency, because a vessel with a moderate footprint can be dispatched with a replacement to the location. In contrast, future recovery of a POD from a rig will need to be done by winch, or by the onboard ROV used as a ROV-based tree running tool. The concept of ROV based POD recovery is not new, dating back to 1989.2 Both options require that the POD be "light" and/or modular in nature when being recovered via a rig.

ROV-mountable skids have taken a larger role in BOP-specific intervention since 2010. They may be used to override a stack's primary controls, as demonstrated by ROV-mountable skids used to engage BOP rams.3 In a production setting, ROV skids can perform a number of functions, including serving as a subsea intervention workover control system (IWOCS) - or a redundant option for topsides equipment - and the provision and distribution of localized power and communication to subsea assets via the mediums listed in the accompanying table.

The provision of the above mediums via an ROV skid to an SCM during drilling and workover has been achieved on various global projects. In relation to BOPs, this provides a working alternative when a MUX connector and reel have ceased to function, or when the recovery of a BOP cannot be immediately carried out. This option requires the placement of wet-mateable connectors on a POD, to allow for connecting and disconnecting the MUX connector. Making BOP PODs accessible by ROV skids facilitates the use of a skid to communicate with a POD, to assess its functionality, and operate it. The result is an additional layer of redundancy, with the inclusion of a dynamic, topside and subsea method of interfacing with a stack.

From a handling and storage standpoint, two key features of skids are conducive for mobilization and deployment. First, because skids tap in to an ROV's umbilical, support umbilicals, or support hardware associated with IWOCS equipment is not needed. Second, since skids are compact and mounted directly below an ROV, additional deck space is not required for operations.

The future of offshore drilling and workovers will continue to be shaped by ongoing technical and engineering reforms. Hybridized methods and techniques from external fields will further enhance BOP operability. The amount of infusion from different fields into BOP technology will ultimately be determined by the results delivered from ongoing feasibility studies and research and development. The methods, technology, and techniques described here give a glimpse in to what the future holds.