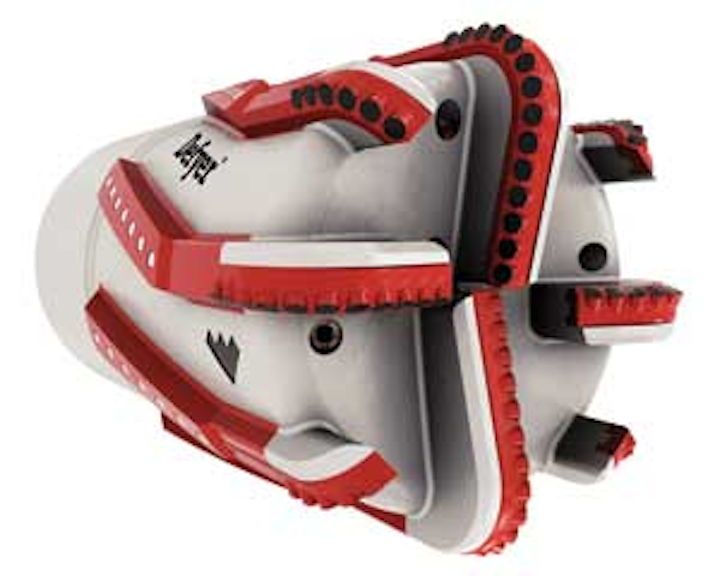 Persistence and ingenuity of industry pioneers pays off over time

United States Patent number 443,070 issued Dec. 16, 1890, introduced the concept of casing drilling to the world. More than a century later, operators routinely drill directional, geo-steered wellbores. The casing drilling concept gained wings 36 years after its debut with the issuance of U.S. Patent number 1,585,540 that details the potential advantages of drilling with casing using a retrievable bit. Here are the casing drilling benefits that were enumerated in that patent:

It is amazing that the innovators of the 1920s could envisage these benefits evolving from a single technological development. But they have been proven 100% right in their foresight. Since these bold goals were communicated to the world, many millions of feet of hole have been drilled using retrievable casing drilling tools. The key word is "retrievable," because the ability to install a fresh bit is fundamental to achieving the drilling efficiency and safety goals implied in the 1926 benefits list.

Work on developing retrievable drilling tools began as early as 1930 in the former Soviet Union, but details were cloaked in the secrecy that defined relationships between the USSR and the West.

Major technological challenges faced companies attempting to develop practical solutions that could reasonably be expected to achieve even some of the goals on the 1926 list. The main thrust of the work boiled down to solving four considerable challenges: rotating the casing using a top drive system; gripping and supporting the casing string without using its threads; locking a wireline-retrievable drilling assembly to the bottom of the casing; and developing a practical under-reamer to open the hole enough to accept the casing string. Notwithstanding the largely secret Soviet developments, the first major effort to develop a viable casing drilling solution was by Brown Oil Tools in the 1960s. Some ideas came quickly, such as the one to use a few joints of heavy-wall casing just above the bit to fulfill the role typically served by drill collars. But the biggest breakthrough came as a result of the innovations of Bob Tessari and his team of engineers from Alberta. Introducing the first fit-for-purpose casing drilling rig in 1997, Tessari's company, TESCO, drilled several one-off wells in Canada, but lacked the momentum to make a sea change in the way wells were drilled.

TESCO convinced BP to assign the company a 15-well gas-well drilling project with wells ranging in depth from 8,300 ft to 9,600 ft (2,530 m to 2,927 m) in the Wamsutter field, Wyoming, USA. A multi-well commitment was deemed necessary because TESCO knew the first few wells would experience "growing pains" as crews and equipment were challenged beyond their experience. It is to the great credit of the operator that it stayed the course and allowed TESCO to make improvements to tools and techniques as the project progressed. By the time the project was complete, casing drilling had proved itself to be an efficient and effective way to construct a well with penetration rates competitive with conventional drilling techniques. One such well was the third fastest well ever drilled in the field. After more than a century, casing drilling had finally achieved its lofty goals.

Since that time, great technological improvements have been made in casing drilling. Firstly, it became obvious that the requirement for purpose-built rigs would limit development of the technique, so manufacturers started to figure how to equip conventional rigs for casing drilling. This multiplied the market opportunities by several orders of magnitude.

The second big change was developing the ability to construct horizontal wells and lateral completions using casing drilling. Capabilities were grouped in three levels. Level 1 consists of using an engineered casing string and a reaming shoe or bit to reach the bottom of a conventionally drilled borehole. Recently, a powered reaming shoe called the TurboCaser was introduced by Deep Casing Tools of Aberdeen, Scotland. The design adds a mud-powered rotary reaming shoe that is drillable to assist in landing an intermediate casing string or liner.

Level 2 casing-while-drilling uses a casing drillstring with either a drillable casing bit or a conventional bit to drill the hole with casing. Wells drilled using this technique fill a vital niche in well construction that has been exploited by Weatherford. Using drillable casing bits, the company has set records in safely constructing wells in areas showing high potential for lost circulation, wellbore instability, depleted sand zones, or issues getting casing or liners to planned depths. The technique involves attaching drillable casing bits to the bottom of casing and drilling each hole section to planned depth and cementing it, whereupon the next size casing is deployed, equipped with a bit that can drill out of the original shoe in less than 30 min. and continue to the next casing point. Once the hole reaches competent strata, the decision can be taken to continue drilling-with-casing (DwC) or switch to a conventional drillstring and bottomhole assembly (BHA). By designing DwC systems into the well plan, the operator can get ahead of many problems and hazards to reduce the number of steps in the process and to eliminate much non-productive time with its associated costs.

Used in a multi-well Weatherford project offshore New Zealand, the DwC process was used to construct a nine-string multi-conductor batch faster than the typical time taken to construct eight conventionally drilled conductors. At risk were multiple penetrations of shallow unconsolidated strata with closely spaced conductors that would eventually top a nine-well development project. In addition to the operator's concerns of the ultimate installation of the conductors, there was a risk of disturbing the integrity of the foundation supporting the drilling rig legs. Accordingly, a DwC solution using multiple 30-in. diameter "stovepipes" that extended more than 87 ft (26.5 m) below the mud line was designed for minimal disturbance of the foundation and to allow individual 24-in. well conductors concentric to each stovepipe to drill out and kick off in different directions to reach reservoir targets. After the first two conductors were completed successfully, the remaining seven were drilled and cemented in an average time of 23 hours each.

Weatherford's newest DwC bit, the Defyer DPA, is designed to extend DwC operations to deeper, harder formations and longer intervals. The new tool is a drillable casing bit that eliminates dedicated drill-out trips. With 80% less steel in the drill-out path, it has been drilled out in less than 30 min. Recently, in the US Gulf of Mexico, the Defyer DPA was used to wash and ream over a 75-ft (23-m) fish with a 9 7/8-in. liner in an unstable salt rubble zone. The bit had to be tough enough to drill the hard rubble but avoid contacting the steel body of the fish while drilling. A subset of the DwC family is Weatherford's RWL (Reaming with Liner) technology that helps operators land liners under difficult conditions of lost circulation or pack-offs that would stop conventional operations.

Offered by Schlumberger as CASING DRILLING, Level 3 includes directional wells drilled with fully retrievable BHAs and conventional drill bits augmented by expandable under reamers. In June 2012, Schlumberger acquired CASING DRILLING from TESCO. The two companies have a long-term agreement in which TESCO will provide Casing Drive System equipment to Schlumberger to support the latter's CASING DRILLING projects. One successful offshore application involved drilling through depleted zones to reach virgin reservoirs. The technique protected the well integrity as it penetrated the depleted zones, and reduced pipe sticking considerably. Drilling performance is judged two ways: in surface holes it is penetration rate-based; in the remainder of the borehole sections it is based on non-productive time (NPT).

In Mexico, Petroleos Mexicanos (Pemex) drilled Level 2 wells offshore in the Cantarell and Sihil fields. Pemex used a drillable casing bit and controlled drilling to drill conductor and intermediate holes in 24-in., 18 1/4-in. for 20-in. and 16-in. casing diameters, respectively. The company found it could save cost and, as a bonus, reduce NPT.

Offshore Western Australia, Apache used Level 3 CASING DRILLING services to construct intermediate sections of its development wells in the Stag field. To ensure economic viability, two recognized challenges in drilling the intermediate section had to be de-risked. One was to avoid induced fractures by controlling penetration rate (ROP) and equivalent circulation density (ECD) while drilling, and eliminating swab/surge effects while tripping in open hole. The second challenge was borehole instability, which is typical in the zone leading to a stuck BHA. Both requirements were satisfied.

Apache reached TD at 5,904 ft (1,800 m) measured depth. This is equivalent to TVD of 2,355 ft (718 m). Total depth was prematurely called due to an approaching cyclone (hurricane) causing the rig to be temporarily abandoned. The BHA was pulled back into the casing when the rig was abandoned. The casing was simply hung off on a storm packer. When the drilling crew returned to the rig, it found that the casing could still be reciprocated and rotated. The casing was safely cemented and drilling recommenced, exploding the conventional wisdom that one should never stop moving the casing or it would become stuck. The next step is to push deeper to 7,216 ft (2,200 m) MD 2,378 ft (725 m) TVD.

The development of drilling wells using casing is a tribute to the ingenuity and persistence of oil industry pioneers. Notwithstanding modest beginnings, the concept remained alive until enabling technology caught up with it more than a century later.