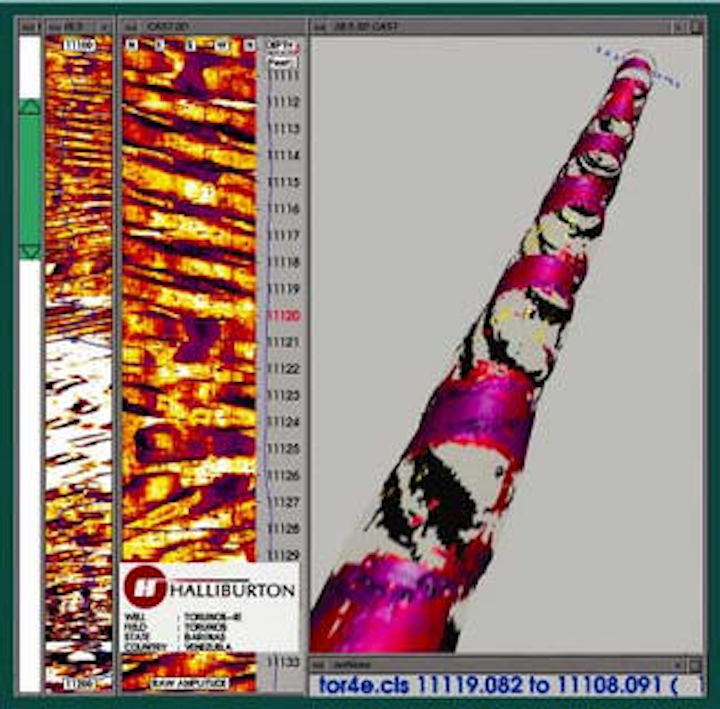 Tortuosity was recognized recently as one of the critical factors in extended reach well operations. The effects include high torque and drag, poor hole cleaning, drillstring buckling, and loss of available drilled depth, among other negative conditions.

Conventional wisdom has always held steerable motors while attempting to correct the actual well trajectory back to the planned trajectory most often generate that tortuosity. However, in the early days of drilling in the mid-continent area of the US, drillers observed a problem with running tubulars into wells.

A vertical well drilled with a 12-1/4-in. bit would not drift 12-1/4 in. This led Lubinski (crooked hole described in the early 1950s) to develop a formula for determining the minimum drift size for a hole drilled with a given collar and bit combination (or the reverse). This became known as the "crooked hole country" formula.

Thus, there was early recognition of the potential for problems due to the fact that the wellbore was not straight. This recognition predated the first use of steerable motors by some 30 years. Today, several types of drilling tools, including those developed by Halliburton Energy Services' Sperry-Sun, are targeted at achieving reduced hole tortuosity as measured by survey data, with a view to reducing torque and drag.

In the last two years, over 200 wellbore sections have been drilled using long gauge bits, primarily in pursuit of drilling improvements broadly encompassed by the term "hole quality." Most of these bits have been run on steerable motors and some on rotary steerable systems.

The use of long gauge bits also provides an improvement in activities that benefit from improved hole quality or reduced micro-tortuosity. These include hole cleaning, logging operations, resultant log quality, casing runs, and cementing operations.

Quantifying these differences by "back-calculating" the friction factors commonly used in the torque and drag model shows a general trend. The friction factors that provide accurate results for long gauge bits are much lower than the values necessary for obtaining accurate results when using short gauge bits. Coupled with the observable field results, this suggests that attention to hole quality is likely to have a far greater effect on well design limits, particularly in extended reach drilling, than will minute attention to matching directional survey results to the ideal well proposal.

Thus, it is believed that micro-tortuosity is far more important than the commonly known "tortuosity" in determining the resulting torque and drag and overall wellbore quality. Also, micro-tortuosity is highly dependent on the bit, and field results support this contention.

The ability of any bit to move off the centerline of the wellbore is determined by the gauge length on the bit, the amount of side cutting structure on the bit, and the stabilization of the bit and bottomhole assembly (BHA). Other factors may play a role in reducing the tendency to move off center, such as anti-whirl feature, but these factors address symptoms rather than causes.

The concept of preventing side-cutting to improve hole quality is not new, as machinists have taken advantage of it for years. A conventional twist drill for drilling through metal is furnished with a cutting structure that cuts only in the direction of the tool's long axis, and the spiral flutes serve only to stabilize the cutting structure, and "burnish" the sides of the hole.

Until the flutes begin to stabilize the cutting structure, the drill will tend to precess in the same direction as drill rotation. This can readily be observed using a domestic electric drill and explains why the hole being drilled is often triangular until the stabilizing flutes begin to control this movement. If they did not exist, the drill would continue to precess, and the resulting hole would be triangular in section, following a helical path.

There is now abundant evidence that hole spiraling exists, whether this evidence is anecdotal, visual (from imaging tools), by inductive reasoning from logs with an otherwise inexplicable periodic variation, or from tools with an otherwise inexplicable wear pattern. There is also abundant evidence that long gauge bits minimize or more often eliminate hole spiraling.

Since the drilling industry depends on steering, if "long gauge bits do not steer," then this piece of information is interesting, but has no practical application. Once it is discovered that long gauge bits can be made to steer, initially on specially designed motors, and subsequently on point-the-bit rotary steerable tools, then the information is worth re-examining.

When this thinking was applied to oilfield bit design, the results were surprising. Straighter holes have resulted in friction factors that defy conventional expectations. Bit life has been extended greatly. Circulation time as a percent of below-rotary hours was reduced to 10-12% on average, demonstrating the efficiency with which the cuttings are being circulated out of the well.

Short trips were reduced or eliminated. Log quality and ease of running logging tools was improved. Cement job success rate was nearly 100%, with cement bond logs to demonstrate the high quality of the job. MWD and LWD (measurement-while-drilling and logging-while-drill-ing) failures were reduced due to the drastic reduction in downhole vibration. Lost-in-hole risk was reduced. Entire hole intervals were drilled in record times repeatedly.

Of note is that the drilling system employed required changes to the bit design as well as changes to the positive displacement mud motor design. While these benefits apply to the vast majority of wells being drilled today, the reduction in friction delivered by this new system is of particular value for pushing the extended reach envelope even further than previously thought possible. Micro-tortuosity affects almost every aspect of drilling and completing a well:

Tortuosity has been redefined as having two components: macro-tortuosity and micro-tortuosity. Macro-tortuosity can be detected by examining survey results. Micro-tortuosity is a smaller scale dogleg that will not show up in MWD survey data. Advanced wireline survey techniques or MWD caliper tools can detect it.

Many factors contribute to hole spiraling or micro-tortuosity, but the most significant issue is the bit design. There is abundant evidence that long gauge bits eliminate hole spiraling. To exploit the benefits of long gauge bits, a new motor system has been designed to be able to steer the long gauge bit. The same benefits are available from "point-the-bit" rotary steerable tools.

Field data using the new drilling system have shown a much lower friction factor compared to that from any existing drilling system. This suggests that only by removing micro-tortuosity, can one drill a truly smooth wellbore, regardless of the technology employed to steer the well.

Eliminating or reducing spiraling quantifiably improves nearly every facet of the drilling operation. None of these improvements can be realized by a likewise reduction in steering-related macro-tortuosity. Micro-tortuosity should be routinely considered in torque and drag modeling exercises. Until then, the industry will make decisions on field development that are based on extended-reach-drilling limits susceptible to dramatic improvement at little cost.