Fluid loss is a familiar problem with a known solution: pumping lost-circulation material (LCM) into the formation. 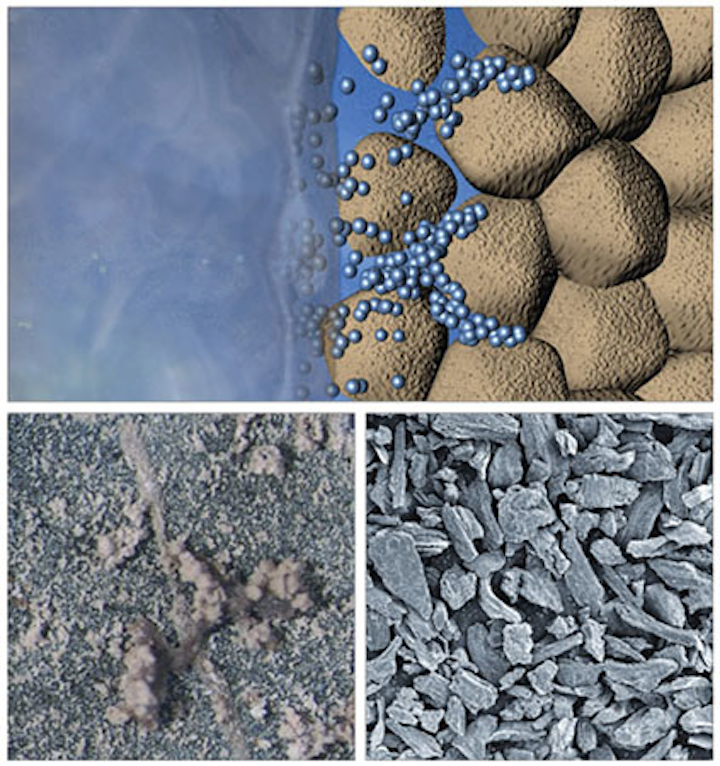 Fluid loss is a familiar problem with a known solution: pumping lost-circulation material (LCM) into the formation. The challenge, then, lies in determining the precise formulation and placement of LCM needed to restore circulation. One of the most common and effective tools for deploying, or spotting, LCM during a drilling operation is a circulation sub. A circulation sub with an efficient, reliable, and adaptable activation mechanism enables the driller to effectively address lost circulation while minimizing the rig time and expenses incurred during an LCM-spotting operation.

When a driller anticipates approaching a lost-circulation zone, they may choose to integrate LCM into the drilling mud to seal zones as they are encountered. However, preventative measures are not always possible or practical. When lost circulation cannot be prevented, drillers must focus on mitigation methods that stem losses on demand. This generally requires pumping LCM through the drillstring when downhole.

LCM is commonly divided into three categories: fibrous, flaked, and granular. Within those categories, LCM is further qualified by particle size, from coarse to fine. Conventional LCM includes inexpensive materials such as calcium carbonate, paper, cottonseed hulls, nutshells, mica, and cellophane. Proprietary LCM blends generally contain materials that conform to the fracture to seal off pores, regardless of changes in annular pressure.

Severe lost-circulation problems that do not respond to treatments of a single LCM can sometimes be remedied by spotting a hydratable LCM pill, which is a small quantity (200 bbl or less) of a concentrated mixture of multiple LCMs. An LCM pill is typically held under gentle squeeze pressure for a predetermined period to optimize fracture sealing. The LCM pill expands rapidly to fill and bridge fractures, which enables drilling and cementing operations to resume in as little as 4 hours.

Many factors go into LCM selection, and a single job may require the use of multiple types of LCM. Therefore, it is advantageous to use a circulation sub that can accommodate a range of LCM particle sizes and densities. The Weatherford JetStream RFID circulation sub has a total flow area of 6.5 sq in. (4,193 sq mm), which gives operators a larger envelope to consider when determining which LCM to deploy.

Circulation subs help combat instability in several ways: by spotting LCM, improving hole cleaning, and jetting BOPs. The JetStream sub is capable of performing all of these functions in a single run. The sub uses radio-frequency identification (RFID) tags to communicate open and close commands to the circulating valve through a signal received by a built-in antenna. This enables unlimited, selective actuation - which creates the potential for operational flexibility and versatility.

For example, a driller could actuate the tool at different times during drilling to variously clear debris from the annulus, spot LCM, and jet the wellhead-all in a single trip. By giving operators the freedom to actuate the sub on demand throughout the operation without tripping out, the JetStream sub increases efficiency and reduces nonproductive time.

Within minutes of deploying an RFID tag, the sub receives the programmed command and opens or closes ports and diverters as needed. This fast, on-demand actuation enables drillers to pump LCM into the annulus and mitigate a lost-circulation event more quickly than with pulse activation methods.

RFID actuation has the additional advantage of increased annular velocity. Because the inside diameter (ID) is not restricted by mechanical actuators such as ball seats, the sub maintains full through-bore flow and a large total flow area throughout the operation. Furthermore, RFID actuation is not pressure dependent, which enables drillers to actuate the JetStream sub while maintaining hydrostatic pressure.

Precisely spotting LCM while closely monitoring downhole pressure was a particular concern for an operator in the North Sea. The operator planned to drill an oil and gas well to a total depth of 4,282 m (14,050 ft). Based on previous experience drilling reference wells in the area, they anticipated a high risk of fluid loss at a depth of approximately 10,170 ft (3,100 m), where the drillstring would encounter a soft, porous, limestone formation with a natural fault and a propensity for drilling-fluid seepage. Without an adequate lost-circulation solution in place, the operator would likely experience total fluid loss in this section and be forced to shut in the well.

Given the depth of the formation and the desire to maximize the efficiency of the drilling operation, the operator needed a loss-control solution that would enable on-demand LCM distribution in precise intervals of the section and timely delivery of the material into the annulus. They determined that a circulation sub, which increases circulation by opening a pathway from the toolstring to the annulus, was the best tool to achieve these goals.

The operator investigated a number of circulation subs available in the marketplace, including tools activated by mud-pulse and ball-drop methods. Actuating a tool via a pulse signal, which would take 1 hour or longer to deploy, would be too time-consuming. Ball-drop-activated tools were not an ideal option because ball seats restrict the ID of the toolstring and impede flow.

The JetStream circulation sub avoids the downsides of the pulse and ball-drop methods by using RFID actuation, which is not pressure-dependent and enables full through-bore flow throughout the operation.

A series of tests conducted at a Weatherford test facility in the North Sea verified the capability of the JetStream sub to provide high-velocity, turbulent flow. In the tests, 57⁄8- and 7-in. cementing darts were pumped through a 7-in. JetStream sub. Both sets of darts passed through the sub without any damage to either the darts or the sub.

The team decided to deploy a 5¼-in. JetStream sub as part of the drillstring while drilling the 6½-in. reservoir section of the well. Weatherford modified the material and connections of the sub to meet the operator’s torque requirements, and developed custom operational procedures in consultation with the rig crew.

After making up the bottomhole assembly (BHA) and testing all tools, the rig crew tripped in the drilling assembly to 10,170 ft (3,100 m) and began drilling the 6½-in. section at a rate of 4.9 to 16.4 ft/hr (1.5 to 5.0 m/hr). The driller monitored fluid loss and signaled when the loss rate reached 300 b/hr (48 cu m/hr). At this point, the JetStream field specialist actuated the tool into the open position. The driller then deployed a mixed-composition LCM pill that included barite as a weighting agent.

The first pill reduced the rate to 195 b/hr (31 cu m/hr); however, this was still higher than desired. The driller responded by immediately deploying a second pill, which contained a more complex mixture of proprietary LCMs. The second pill dropped the loss rate slightly to 160 b/hr (25 cu m/hr). This prompted the operator to prepare and deploy a third pill that contained a higher concentration of fracture sealant. With the loss rate only slightly reduced, the driller deployed two more pills in rapid succession. These final two pills brought the loss rate down to an acceptable 50 b/hr (8 cu m/hr), at which point the JetStream technician deployed RFID tags to close the sub ports.

Throughout the entire drilling operation, the team actuated the JetStream sub a total of 16 times to spot 29 LCM pills. Precise spotting enabled the driller to maintain a loss rate below 20 b/hr (3 cu m/hr) for most of the 14-day operation, with loss rates as low as 13 b/hr (2 cu m/hr) during the final days.

Before each activation of the sub, the team recorded pressure readings at preset intervals. They then broke the connection and deployed RFID tags. To avoid creating a shock to the formation, they slowed the pump rate to 75 gal/min (17 cu m/hr) after the string volume reached 75%. Once the RFID tags reached the sub and communicated the open command, the JetStream field specialist checked the pressure to confirm that pressure and circulation had reached optimal levels per the established parameters.

Before deactivating the sub, the team once again recorded pressure levels, broke the connection, deployed RFID tags, and reduced the pump rate to help prevent formation damage. After the RFID tags communicated the close command, the specialist confirmed that pressure had returned to initial levels.

The JetStream sub offers a contingency actuation method: pressure cycling. The team was aware of and prepared to use this alternative method if necessary; nevertheless, all actuations were successfully achieved using RFID tags.

Throughout the operation, the sub recorded downhole events including drill pipe pressure, hydraulic pressure inside the sub, and temperature. The recorded data demonstrates the relatively stable hydrostatic pressure. Maintaining the pressure within a fairly tight window was important to the success of this operation, and would have been more difficult to achieve using mechanically actuated or pressure-dependent circulating subs.

In addition to spotting LCM, the JetStream sub also promotes well integrity by thoroughly and efficiently cleaning the wellbore during and after drilling. This capability is especially useful for drilling operations that involve an underreamer.

Recently, an operator in Baku, Azerbaijan, was seeking to minimize rig time by avoiding a dedicated cleanout trip after drilling and reaming. Weatherford deployed the JetStream sub and the RipTide RFID drilling reamer. Because both the JetStream sub and the RipTide reamer are RFID actuated, the driller was able to place them in close proximity to each other and selectively actuate both tools without obstructing access to the lower BHA.

By enabling multiple drilling operations to be completed in a single trip, and by eliminating the need for a dedicated cleanout trip, the JetStream sub and RipTide reamer saved the client a minimum of two days in rig time valued between $700,000 and $1,050,000.

Drilling through a lost-circulation zone is a complex challenge that involves many variables, including formation porosity, hydrostatic pressure, and rate of penetration. As demonstrated on a recent job in the North Sea, on-demand actuation of the JetStream RFID circulation sub enables drillers to quickly and precisely spot multiple LCM pills of various types. RFID tags deliver open and close commands to the sub within minutes - a process that can be repeated an unlimited number of times in a single trip. This capability increases operational flexibility, opening up more options for drillers to remediate problems.

Gulf operators have pressed forward with their slimmed-down exploration plans. These activities did bring a number of notable discoveries over the past year, most notably in the Miocene and Paleogene plays, in the deepwater Gulf.
Bruce Beaubouef
Jan 21st, 2020