Wellbore integrity is a major challenge in deepwater drilling, and when combined with depleted reservoir formations, the problem is exacerbated. In the Mississippi Canyon of the Gulf of Mexico, an operator carrying out a brownfield development drilled a well that presented several technical challenges. The project was an extended-reach (ERD) well in 3,000 ft (914 m) of water. 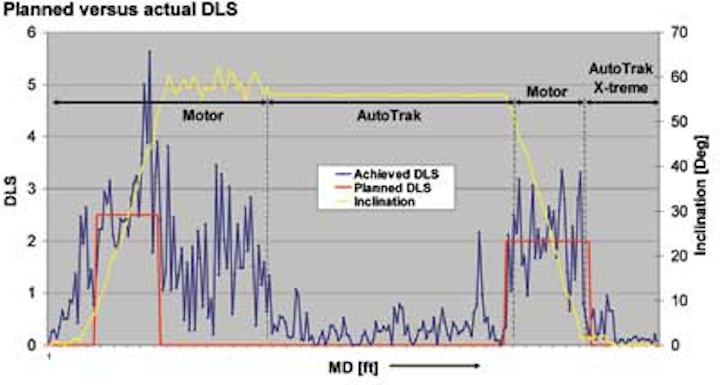 Wellbore integrity is a major challenge indeepwater drilling, and when combined with depleted reservoir formations, the problem is exacerbated. In the Mississippi Canyon of the Gulf of Mexico, an operator carrying out a brownfield development drilled a well that presented several technical challenges. 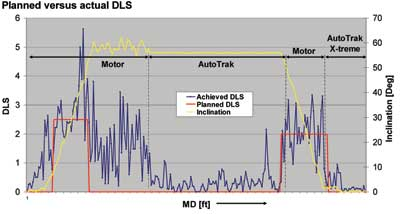 The final hole interval of the well was a high-risk section, involving setting a 75⁄8 in. x 95⁄8 in. expandable liner. The section had to be drilled in a single run, while minimizing tortuosity and acquiring critical formation evaluation data. This was needed to increase the chances of success in running the expandable liner.

The bottomhole assembly (BHA) was planned to drill out the liner, fulfilling the directional objective and hitting targets. Specific formation evaluation data was required for the interval, namely azimuthal density and porosity readings, for the purpose of determining formation tops and fluid contacts. Another objective was to acquire formation pressures with a logging-while-drilling (LWD) formation pressure testing service.

The operator employed a 6½ in. x 7½ in. x 8½ in. BHA to drill out the expandable liner and to drill the well to TD. The BHA consisted of the Baker Hughes AutoTrak Rotary Steerable System (RSS) and the LithoTrak formation evaluation service with a TesTrak LWD formation pressure testing service. Two hole-enlargement devices were also used; one fixed and one expandable. A significant amount of BHA stability and hydraulics modeling was performed at the planning phase due to the specialized configuration of the assembly.

A split-flow hydraulics set-up optimized hole-cleaning while accommodating the narrow ECD operational window, and maintaining the required annular velocities in the pilot hole. Therefore, 30% of the flow was bypassed above BHA, to attain the objectives.

The AutoTrak system drilled the first section to 24,603 ft (7,499 m), where a short trip to the shoe was conducted to test the BOPs. Upon evaluation, a side track of the section was needed. The open hole side tracking capabilities were then applied, using the same BHA. The hole reached 27,030 ft (8,239 m), where TD was called.

The 30% flow bypass was thought to be a risk, impacting data transmission through mud pulse telemetry, as well as downlinking. While this can be an issue, decoding was unaffected and transmission and downlinking was observed throughout the section. The telemetry system used dual surface transducers and advanced algorithms to help filter noise, and the improved signal detection was instrumental to the success of the operation. Automated downlinking minimized nonproductive time, while ensuring downlink success. The BHA would send downlink confirmations, reiterating every command sent, thus ensuring reliability of the bi-directional communication. All objectives for the well were accomplished.

The Ewing Banks field in GoM block 826 produces oil from wells that were drilled as S-shaped profiles. On the case well, the first 6,000 ft (1,829 m) of the S-profile was drilled using a positive displacement motor (PDM). This interval included the build section, as well as part of the 56° tangent section. Due to the nature of the formations drilled, challenges were encountered while steering, resulting in dogleg severities (DLS) deviating more than 2°/100 ft (30 m) beyond the planned DLS.

This deviation led to excessive tortuosity, increasing both wellbore friction and surface torque. These wellbore conditions caused an increase in drag, making sliding more difficult. Due to the higher than anticipated torque and drag observed, the well could not be further drilled with a PDM.

An AutoTrak system was used at 7,850 ft (2,393 m) MD. The system's steering mechanism, which uses three pads mounted on a slow rotating sleeve, adjusted deflection forces. This optimized hole quality minimized tortuosity, resulting in less torque and drag, and enabling the system to drill even farther while maintaining the trajectory as planned.

Benefits were immediately seen after deploying the system; DLS was kept 0.4°/100 ft (30 m) throughout the section, and steering response was excellent. However, the tortuosity in the wellbore section drilled with PDM had lasting effects, and by 16,600 ft (4,878 m) the surface torque readings approached the limits of the top-drive. This forced rotary speed to be reduced from 95 revolutions per minute (RPM) to 50 RPM, significantly reducing the rate of penetration (ROP). The tangent section was drilled to total depth, and casing was run and cemented.

For the drop section, a steerable PDM picked up, but additional tortuosity, combined with the extended reach and difficulties of optimized hole cleaning, resulted in the rig reaching its torque limit. Furtherdrilling was not possible, and an alternative drilling solution had to be identified.