Offshore rig utilization saw a very modest increase in June thanks primarily to a small handful of new jobs starting. 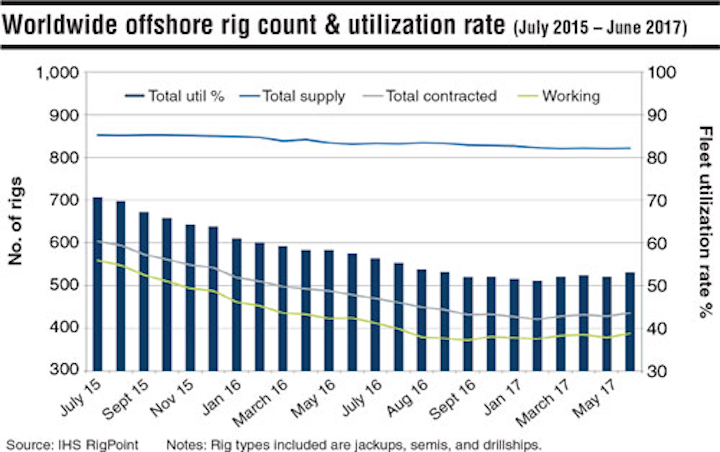 Offshore rig utilization saw a very modest increase in June thanks primarily to a small handful of new jobs starting. Of the 822 jackups, semis, and drillships in the current global fleet, a total of 437 were under contract in the month, for a utilization rate of 53%. As for rigs that are working, the count stood at around 388 units in June. That is the highest mark since August of last year, but does not yet represent a meaningful sign of recovery in the market. 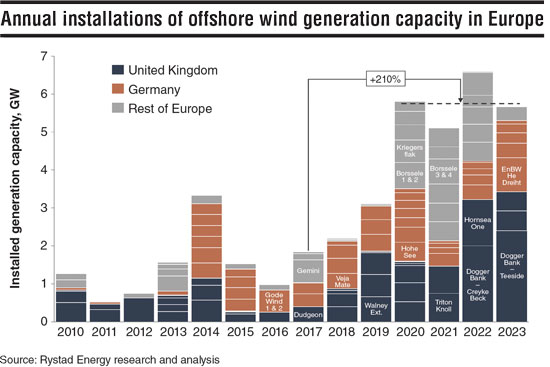 The new growth cycle, starting this year, is built up of a multitude of both large scale and smaller projects. The main contributors short term are still the UK and Germany, but with several other countries joining in the early 2020s. The European offshore wind market is set for a boom with 2020-2023 installations expected to be 210% higher than 2017 installations. The period ends with the expected startup of the largest wind projects the world has ever seen, namely the Dogger Bank and the Hornsea projects off the eastern coast of the UK. 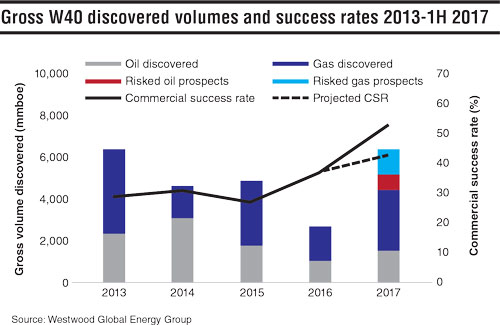 Although drilling during the first half of this year was down 20% compared to the same period in 2016, discovered volumes were nearly twice as high while overall finding costs halved to <$0.3/boe for Westwood Global Energy Research’s ‘W40’ exploration benchmark companies. And commercial volumes discovered this year already exceed the total proven in 2016. This adds up to commercial success rates of 53% compared with 30% in 1H 2016. Drilling and expenditure for the year as a whole will likely finish slightly down on 2016 overall, according to Westwood’s Andrew Hughes.