With its Technology Assisted Production System (TAPS), a technology platform developed around the OSIsoft PI System, Tullow Oil can remotely evaluate both oil flow and equipment functionality on its operations offshore Africa. 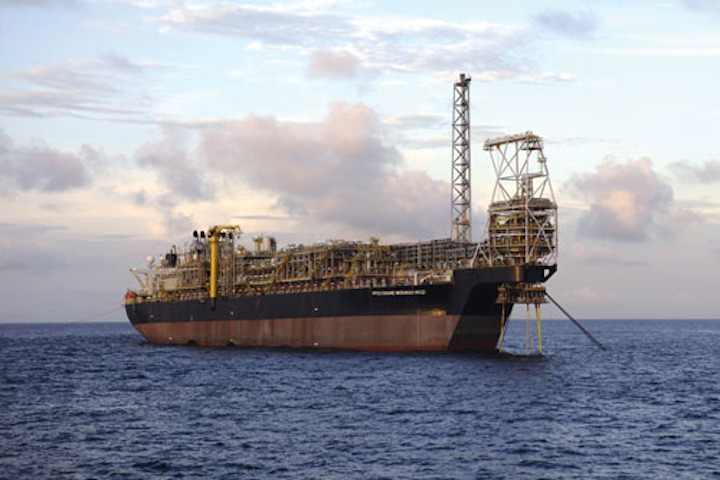 With its Technology Assisted Production System (TAPS), a technology platform developed around the OSIsoft PI System, Tullow Oil can remotely evaluate both oil flow and equipment functionality on its operations offshore Africa. In 2011, Tullow identified problems that otherwise would have been difficult to detect and, if left, could have caused extensive damage and delays.

With more than 1,400 employees, $1.6 billion in revenue, and production levels exceeding 75,000 b/d, Tullow Oil is Africa’s largest independent oil producer. Founded in 1986 as an exploration company, the company moved into production when it drilled its first well in Uganda 2006. In 2007, it drilled two wells offshore Ghana and discovered the Jubilee oil field that resides approximately 50 km (31 mi) away from shore. Production began at the Jubilee oil field 40 months after initial discovery.

Tullow Oil’s FPSOKwame Nkrumahe extracts oil from wells located roughly 1,200 m (3,937 ft) below the surface of the ocean. Given the vessel’s distance from shore and limited space, there is no room for IT staff: flights for technical help on the rig must be booked months in advance. Beds also have to be flown in by helicopter.

To overcome the space and distance constraints, Tullow Oil created a digital oil field platform called TAPS, based around the OSIsoft PI System. TAPS was built with four goals in mind: improve decision-making, increase operational efficiency, maximize recovery from the oil field, and optimize maintenance activities. One goal, for instance, was to maintain visibility on undersea pumping activity to maintain productivity. Multi-phase flow meters attached to the wells monitor production but can periodically drift from their true readings.

“The cost of going down, retrieving, and recalibrating these things is in the millions of dollars. The TAPS system has components that can model the flow of the well so that, if the meters break we can still have a prediction of the flow rate of the well,” said Mark Whitehouse, independent consultant for Tullow Oil. “This is worth millions of dollars so we knew the system was going to pay for itself.”

The FPSO is equipped with a number of PLC computers to control the compressors, power generators, and metering systems on the vessel along with a PI System collective. (A collective is a local network built with redundant servers to avoid outages.) Tullow then installed a duplicate PI System collective onshore using mirrored servers and connected both systems via redundant satellite links.

Should the satellite have an outage due to weather or other issues, the collective on the FPSO can still collect data and, when the link is back up and running, synchronize with the system on shore. In addition, predictive algorithms fill gaps in data streams during an outage, which allows them to continue production in spite of any connectivity issues.

TAPS also serves data into onshore departments. The finance department, for instance, uses the data to allocate production to the various joint venture partners. The shipping and commercial department, meanwhile, uses it to fine-tune the shipping schedule.

“This is really important. If a tanker arrives too early, there is not enough oil to offload. If it comes too late they have to scale back production to avoid filling the FPSO tank,” Whitehouse said.

Additionally, petroleum engineers based in Europe and Africa regularly examine the data and confer with FPSO staff.

In late 2010-early 2011, production levels suddenly tapered off for unknown reasons. Data analysis showed otherwise undetectable amounts of water were dribbling into the tubing, causing carbonate to form inside of the tube and restrict oil flow. Placing acid in the tubing dissolved the carbonate, allowing oil to flow freely. “If they hadn’t had it (TAPS) it might have taken a lot longer to find this problem and it might even have questioned the validity of continued operation,” Whitehouse said.

TAPS data additionally enabled Tullow to identify the location of hydrates, which can slow production.

Tullow is now implementing TAPS at its TEN development, 20 km (12 mi) west of Jubilee. Using the same PI System collective as they did for Jubilee, the company has replicated and leveraged TAPS so any onshore and offshore assets can be integrated using the same visualization technology that has streamlined operations at Jubilee. In the future, Tullow Oil plans to install a PI System Cloud Connect, PI Coresight, and PI Asset Framework.

“Because we used the PI System as the core and integrated it closely, it’s been a great success, and we’ve been able to optimize production that otherwise would not have been possible,” Whitehouse added.