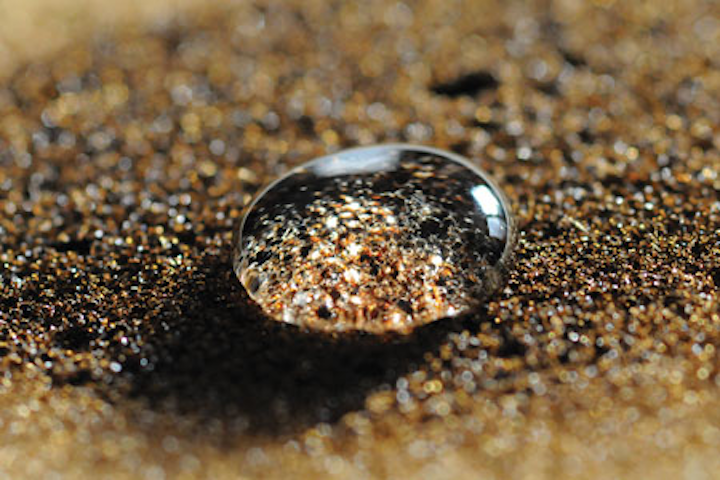 PUFF (Polyurethane Foam Flex) is a material developed by Italian company TEST-1 S.r.l as a first-response solution for oil spill clean-up operations.The material can be stored on offshore vessels and deployed in any weather conditions, in any polluted area and for all types of spill, from routine to potentially catastrophic.

Tests have shown that PUFF can adsorb around 23 times its own weight of various kinds of hydrocarbons, including 10w40 oil, light and heavy fuel oils, and crude oils of various API gravities. The material can also be reused about 100 times; after regeneration, it is wrung out using machinery engineered and built by TEST-1, which allows recovery of the adsorbed oils uncontaminated by water.

Tests in a wave simulation tank have shown that the material’s rate of absorption of fuel oil is considerably higher when waves are present. This allows operation even in adverse weather conditions, where most existing clean-up methods are ineffective.

In comparison with polypropylene, the standard adsorbent normally used for clean-up operations, PUFF’s performance is superior both in terms of its adsorption capacity and the potential reuse of the material after wringing-out.

In addition, PUFF’s overall cost is three to eight times lower than that of adsorbents currently available on the market, and the recovery of the unadulterated product means a significant reduction in the amount of product to be disposed of. Quantities for disposal are thereby reduced by at least 10-fold, and above all product from the spill can be reused.

Eni has co-operated during the PUFF testing phase.