There is a growing trend in subsea equipment to replace hydraulics with electrical drives. Electrical drives have a faster, smoother response and real-time feedback on valve position and performance. In addition, electric actuation eliminates any possible leak of hydraulic fluid to the sea. The choke carries by far the greatest risk of hydraulic fluid loss in the subsea system. 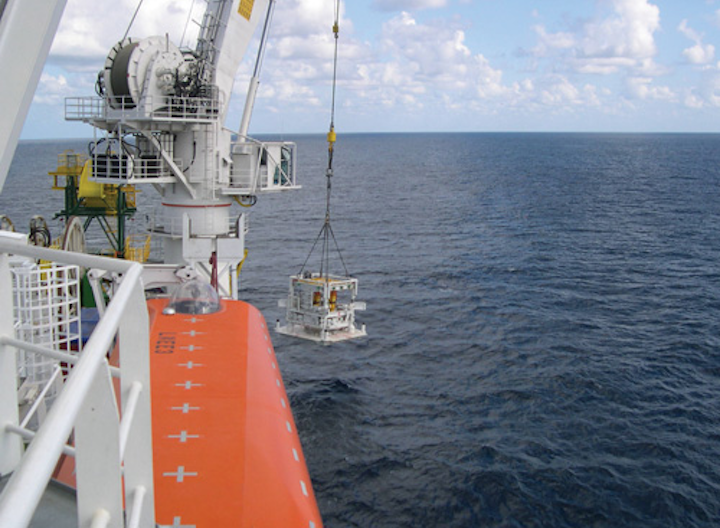 Since the first subsea choke was manufactured in 1975 for the Mobil West Delta project in the Gulf of Mexico, subsea chokes have been used in numerous installations around the globe. These chokes are designed to protect valves from high pressure drops during startup and shutdown of subsea wells, balance pressures from different wells to a common manifold, reduce flowline pressures, protect against reservoir collapse during startup, and control flow rates to minimize sand and water production throughout the life of the field. These subsea chokes typically use hydraulic power as a means of actuation.

Today, the industry is looking for the most effective ways to produce hydrocarbons while still achieving critical objectives. This quest has revealed that removing hydraulics from electric subsea production control systems can be a cost-effective and technically feasible solution. The added functionality that an electric choke can bring to the subsea system during startups and shutdowns can improve condition monitoring and downhole instrumentation protection. For monitoring purposes, there is an improved response time in diagnostics and interpretation of measurements coming from the downhole valves, sensors, wellhead, and subsea instrumentation. In long-offset fields, electrically actuated chokes provide protection of downhole equipment, such as surface-controlled subsea safety valves and downhole screens.

Although hydraulic technology is recognized as a mature technology within the industry, there are limitations and concerns with regards to speed control, hydrostatic effects, hydraulic fluid cleanliness, and environmental discharge. There is a growing trend in subsea equipment to replace hydraulics with electrical drives. Electrical drives have a faster, smoother response and real-time feedback on valve position and performance. In addition, electric actuation eliminates any possible leak of hydraulic fluid to the sea. The choke carries by far the greatest risk of hydraulic fluid loss in the subsea system.

Deepwater drilling has now pushed into the ultra-deepwater environment, where water depths exceed 10,000 ft [3,048 m]. This development has created technical and economic challenges to existing subsea production ratings and the instrumentation and control devices used to manage productivity over the life of the field. Because these ultra-deep reservoirs are accessed by wells with at least two zones with some variances in reservoir porosity, permeability, and drive mechanism, they differ in productivity and reservoir pressure over time.

The choke valve is used to commingle the production subsea from wells with different pressure to reduce the number of flowline and risers. Subsea chokes may also be required to fulfill gas lift and water injection functions. Two types of choke valves exist—a fixed or rotating disc, single-stage choke valve and a plug type single-stage choke valve. These valves must be easy to replace either by a remotely operated vehicle (ROV) or a remote-operated tool (ROT).

ROV-operated chokes cannot be adjusted based on production of the individual wells as frequently as operators would like. The electric choke can be easily integrated to a hydraulic or electric control system. It is driven by a motor and does not require stepping, therefore enabling greater control and precision.

All-electric control is simpler and more cost efficient than a conventional electrohydraulic system. Electrically actuated chokes provide several advantages during production startup and shutdown. An infinite number of precise positioning means that wells can be brought onstream and shut down gradually to prevent formation damage. There is also an improved response time in diagnostics and interpretation of measurements coming from the downhole valves, sensors, wellhead, and subsea instrumentation. This improved response and additional information, including actuator motor power consumption, actuator motor speed, and valve and choke position, enable better condition monitoring, and through predictive analytics uptime, can be optimized and interventions reduced. In long-offset fields, electrically actuated chokes provide protection of downhole equipment, such as surface-controlled subsea safety valves and downhole screens.

Electric chokes display significant upside related to standardization. Electric chokes use standardized interfaces that already exist on current subsea installations; also, they require only a simple electrical interface and there is no limit to setting depth. When it comes to the area of simplification, electric chokes bring reduced system complexity and cost as they use only a few actuator types for the whole range of valves; this enables leverage of differential pressure across gate valves and the chemical injection distribution, which reduces scaling effects. Hydraulics for control and the extra leak path due to the control line are eliminated entirely. Testing is also simplified.

The advantage of increased efficiency during marine operations is supported by:

Electric chokes feature compact design and less maintenance. By using electric actuation, hydraulic fluids do not need to be consumed, discharged, or transported to the topside facility. This results in cost reduction for inspection, maintenance, and repair.

In deep and ultra-deepwater fields, subsea systems must be capable of monitoring, detecting and analyzing a production event, adjusting any deviation, and optimizing production performance automatically or semi automatically. Sensor response time is faster with electric chokes, enabling data to be used for condition monitoring and production management to accurately control production allocation from the various zones, wells, and from the entire field. Electric chokes also have a positive impact on diagnostics to identify deviations between trending or model-based forecasting and actual data from monitoring. Commands are sent to the electric choke module to adjust the choke opening, allowing for seamless integration between inner well, wellhead, and subsea production system instrumentation, the master control station, and the distributed control system communications interface.

Production startups and shutdowns also stand to benefit from the use of electric chokes. An infinite number of precise valve positioning allows for wells to be brought onstream and shut down gradually to prevent formation and flowline damage. Choke valves can be integrated to a unified control system through a preprogrammed, automated startup sequence for actuating operations. The surface master controller will execute an actuation sequence for opening and closing the valves with a measured pressure, and with differential pressure across the choke valve gates and the chemical injection valves. The electric choke, valves, and actuators are connected to the startup sequence and actuation will be managed by the subsea control module and controlled from surface by the operator or automatically for the entire field.

The surveillance program continuously interrogates the status of the critical components, looking for any change in status, position, or triggers of deviation from the expected ranges of normal operation while connecting dependent activities and moving to the next step in the desired startup sequence. This accelerates the decision-making process and synchronizes the production ramp-up operation from an initial startup of one or more wells or during startup from an emergency shutdown operation. This leads to accelerating the startup sequence and saving cost.

There are multiple benefits to be gained by marrying electrically actuated chokes with electric subsea production control systems (introduced in the 1990s), opening the door for fully electric systems in the future.