As with all downhole operations, those conducted on coiled tubing become more efficient and provide more value as downhole uncertainties are reduced or eliminated. 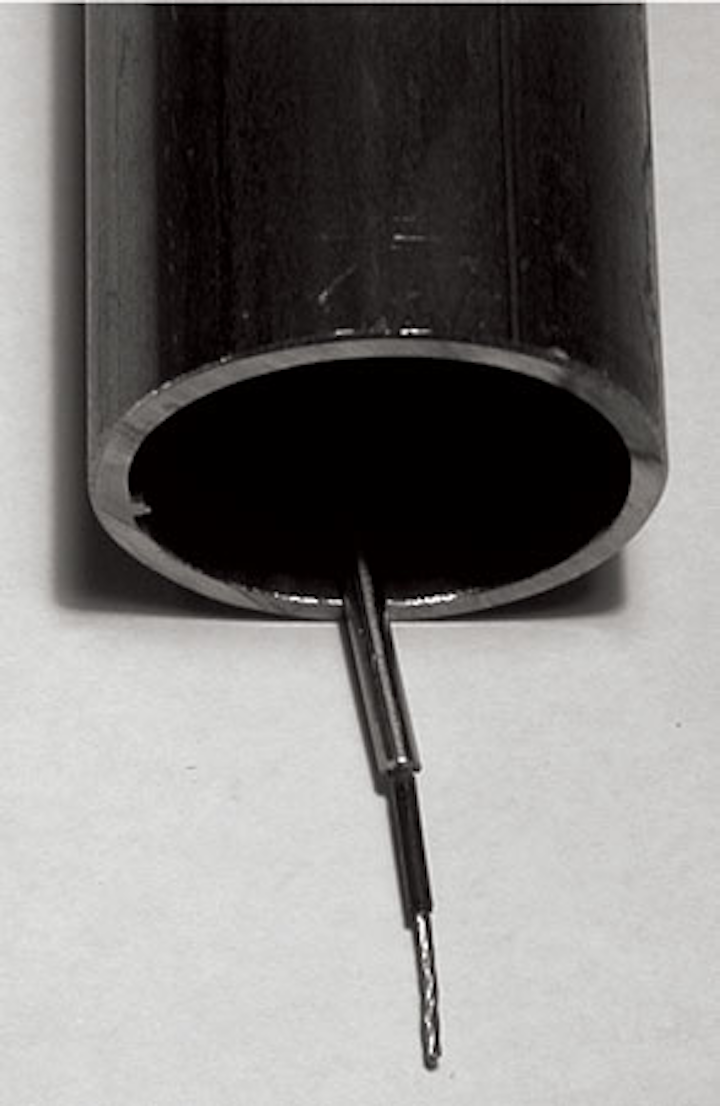 As with all downhole operations, those conducted on coiled tubing become more efficient and provide more value as downhole uncertainties are reduced or eliminated. To this end, a recently-developed 21⁄8-in. intelligent coiled tubing (ICT) system combines real-time downhole data monitoring with the capability to simultaneously provide downhole power, significantly improving operational efficiency and accelerating well recovery in all types of coiled tubing (CT) operations.

The Baker Hughes TeleCoil system provides accurate, real-time downhole monitoring of high-resolution depth correlation, differential pressure, and temperature data to allow CT field crews to react quickly to changing conditions, make decisions based on dynamic downhole events, and eliminate missed or wasted runs. It has been used to reduce operational time and cost in varied applications around the world, including two offshore projects highlighted in this article.

The new real-time ICT system, designed for smaller completions and higher downhole pressures than previous 27⁄8-in. systems, consists of a 1⁄8-in. non-intrusive electrical conductor wire; the data acquisition system for delivering electrical power to the BHA sensors and for transferring the downhole data to surface; and a versatile 21⁄8-in. bottomhole assembly (BHA) that incorporates the conductor release assembly, CCL, pressure, and temperature sensor package, and BHA release function. The tool can be assembled as a sensor package, logging adapter, or camera adapter. Switching between different applications is as simple as changing out the BHA, which reduces the need to rig up and rig down, and leads to operational time and cost savings.

A key advantage of the 21⁄8-in. system over other ICT systems is that it can continuously provide power to the downhole sensors or any electrically activated downhole tools without the time limitations imposed by the life of the BHA battery powering these sensors or tools. The 1⁄8-in. tube is made from a corrosion-resistant alloy that is compatible with most fluids commonly used in CT operations; for example, solvents, acids, gels, and slurries. The tube and wire can operate in downhole temperatures as high as 200°C (392°F).

Using the 21⁄8-in. ICT system resembles the operation principle of stiff wireline; however, it provides several advantages over braided cable. In addition to the lighter-weight BHA, the cross-sectional flow area of the ICT system is reduced by approximately one order of magnitude. Slack management of the 1⁄8-in. tube is more efficient, and the corrosion-resistant material makes the system less susceptible to corrosion.

In a well off the coast of Norway, production had declined significantly because of accumulations of hard barium sulfate (BaSO4) scale. Having experienced BaSO4-related declines and intervention costs in the past, the operator sought a more efficient, cost-effective solution for cleaning the well and restoring production.

BaSO4 creates particularly hard scale buildup that is difficult to break loose and circulate out of the wellbore. Conventional coiled tubing methods for removing BaSO4 can require tens of trips and multiple changes at the surface between wireline and coiled tubing reels. Missed runs and non-productive time (NPT) are common in BaSO4 removal operations, driving up costs, delaying production, and increasing safety risks to personnel at the surface. To attack the BaSO4, the well team used a BHA consisting of a 5.875-in. scale mill, a 3.5-in. motor system with string magnets to capture scrap, a 3.375-in. cleanout system, and a TeleCoil ICT sensor assembly.

The success of the entire operation was facilitated by the depth control provided by the CCL and the accurate real-time downhole monitoring data provided by the pressure and temperature sensors. Using the ICT enabled prompt detection of the motor stalls and made it possible to monitor the downhole pressure and temperature data during the entire operation, improving the cleanout efficiency. Additionally, using a single CT reel throughout the entire project reduced the footprint on the offshore platform.

The intelligent milling and cleanout service dramatically reduced the number of runs, improved mill life and efficiency, and saved days of operating time. This equated to a savings of $755,000 for the operator compared to a conventional CT cleanout.

The 21⁄8-in. ICT system was selected, based on its versatility and economic and technological advantages, to help increase production from a mature offshore well in one of Brazil’s basin. The well, with MD of 3,606 m (11,831 ft) and maximum inclination of 89.3° at total depth, was showing increasing water cut and lower hydrocarbon production from a 7-in. gravel pack screen between 10,361 and 11,831 ft. At the time of the intervention, the bottomhole pressure and temperature were 250 bar (3,626 psi) and 82°C (180°F), respectively.

The 21⁄8-in. sensor assembly and logging adapter were installed on a 1¼-in. CT. The drilling assembly also included a 1 11/16-in. positive displacement motor (PDM), two 2½-in. inflatable bridge plugs, and a 1¾-in. rotary jetting tool. Seven runs were performed in this well, summary as follows.

The well was drifted with the PDM to ensure proper clearance for the logging tools and other tools to be run subsequently. The ICT system’s ability to monitor the differential pressure in the BHA during the well drifting (run 1) in real time sped job progress.

The rotary jetting tool was used to clean out the specific locations where the inflatable bridge plugs were going to be set to isolate the water production zone. The jetting was accomplished using 10 bbl of a low pH acid system.

The first bridge plug was set while continuously monitoring the pressure differential at surface and without a ball drop. The real-time parameters collected by the BHA sensors simplified the inflatable bridge plug setting procedures, which are usually complex, and provided reliability and precision in the bridge plug setting points.

The second bridge plug was set as a backup for the first bridge plug, then the final logging run was performed to evaluate the intervention results.

Time and associated cost savings from using the new ICT system for this operation were substantial. All runs were performed using one reel. The ability to replace the sensor assembly with the logging adapter, without having to exchange a CT logging reel with a conventional reel or a wireline unit with a tractor tool, improved safety by considerably reducing the need to handle heavy loads.

For over a decade, a gas field in the Philippines produced enough natural gas to provide half the electricity needed to power Luzon Island, the largest island in the country. A recent drop in production prompted the operator to execute the second phase of its field development plan, which called for drilling two additional wells.

During the first phase of development, the operator had collaborated with the service provider to conduct perforating operations using CT. There were five wells in this phase, and each required accurate correlation of perforation depth and unloading of the well with nitrogen to create underbalance prior to perforating. Because of the complexity of the operation, a simulation run was made with a dummy gun BHA to make sure the BHA drifted and reached the bottom of the well as required. The simulation mimicked the actual perforating operation, except that the guns were not live. After reviewing data from the simulation run and confirming depth and expected downhole conditions, the well team completed perforation operations with live 4½-in. perforating guns. This resulted in clean perforations on all five wells in Phase 1.

For Phase 2, the operator wanted to minimize the time that the dynamically positioned, double-redundancy (DP-2) semisubmersible rig needed to be in position. Because shifts in weather or sea conditions can cause the rig to disconnect from the subsea wellhead, the more time spent on location, the greater the risk. The new ICT service was selected to eliminate the need for an extra simulation run on each well. This solution would save a full day of rig time for each of the wells.

ICT perforating operations-including time to run in hole, perforate, and run out of hole-required only 13 hours for each of two wells-less than one-half the 30 hours per well for required for Phase 1 CT perforating operations. Assuming an average daily rig rate of $1.25 million, using the new ICT services with tubing-conveyed perforating solutions saved 34 hours of operational time and more than $1.77 million across both wells while reducing safety and operational risk.