Since its introduction in the 1990s, offshore drilling contractors have often deployed rotary steerable systems to optimize access to complex reservoirs through challenging geological environments. 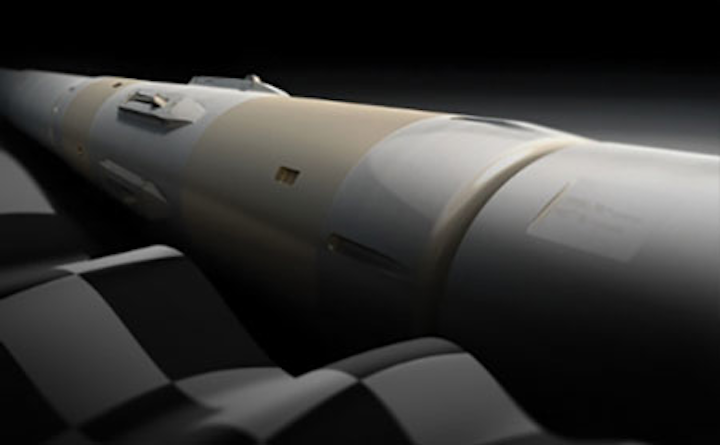 Since its introduction in the 1990s, offshore drilling contractors have often deployed rotary steerable systems (RSS) to optimize access to complex reservoirs through challenging geological environments.

Since its debut, there have been hundreds of successful runs and millions of feet drilled, and the technology has become a standard in the drilling industry because of its advantages in directional control, wellbore placement, and lateral reach.

As the industry adjusts to a low oil price environment, operators are looking to reduce costs while improving efficiency. The following highlights the industry’s efforts to steer into so-called reservoir “sweet spots” and improve drilling efficiency.

Weatherford International recently made the Revolution rotary steerable system commercially available. According to the company, its point-the-bit technology delivers clean, accurately placed, and completion-ready wellbores. With advanced sensors and telemetry, the system gives operators a reliable method for drilling from vertical to horizontal in a single run.

The system allows operators to drill in HP/HT zones with temperatures exceeding 300°F (149°C). The point-the-bit design and real-time geological control of the Revolution RSS enable operators to drill in a variety of wellbore environments, including HP/HT, deepwater, damaged and underbalanced formations, and brownfields.

The Revolution RSS is compatible with the company’s suite of logging-while-drilling formation evaluation services, including real-time feedback on tool settings and status.

APS Technology Inc. has unveiled the SureSteer 475-RSS. Created to complement its existing SureSteer 675-rotary steerable motor, the RSS is designed to be run either below a drilling motor or driven directly from the top drive, as required.

The tools can be programmed to use an automated closed-loop feedback system for vertical or tangent angle control, or to operate with downlinked instructions to efficiently drill any directional well plan. According to APS, the mode of operation can be easily changed downhole: a series of timed pump speed changes allow switching between modes or turning the tool off for events such as wiper trips, drilling out, or backreaming. For steering, the desired tool face is set by surface orientation, similar to a steerable motor. This minimizes the amount of time required for downlinking.

The new SureSteer 475-RSS steering head houses steering pads; directional measurement and control electronics; and the electrical and hydraulic power systems, which are driven by an integrated turbine alternator system. The control electronics provide timing signals to a hydraulic manifold to control the steering direction and force to achieve the desired directional objective. The RSS is designed to maximize build rate, and can operate at a high rotary speed.

At the APS drilling test facility in Wallingford, Connecticut, the tool was used to drill a directional borehole. It drilled a total of 706 ft (215 m) in 35 circulating hours during a single run, giving very consistent and controllable doglegs in the region of 7°/100 ft throughout. According to the company, there was no change in dogleg capability from start to end of the run, and the condition of both the tool and drill bit at test total depth was excellent. Downlinking was demonstrated to work well throughout the test, and the system successfully telemetered receipt of downlink commands back to surface alongside RSS diagnostics and inclination from the RSS near bit sensors.

Baker Hughes has passed the 100 million ft drilling milestone for its AutoTrak RSS. According to Thom Thissen, president drilling services, this was the world’s first fully automated RSS when it was introduced in 1997. The system was designed to improve drilling efficiency in many ways, including providing better directional control, enhanced reservoir navigation, and drilling a smaller number of wells over the same footprint.

“This was a challenging well that involved moving away from the platform, drilling a controlled curve, then going below the platform to access the reservoir,” Biscaro said. “That had not been possible previously with a conventional motor-based system.”

Other achievements made possible by AutoTrak, he added, included producing extra reserves from lateral wells on the Troll field in the Norwegian North Sea by exposing more than 13,500 m (44,424 ft) of previously inaccessible reservoir; and establishing a new record for the world’s longest extended-reach well of 11,282 m (37,016 ft). “RSS allowed us to change the way we think about wells,” said Biscaro.

The following rotary steerable survey offers the latest update on all the tools and products now available for this market.