Equinor and partners Shell and Total will drill a well south of the Troll field in the Norwegian North Sea to determine whether the reservoir is suitable for storage of carbon dioxide. 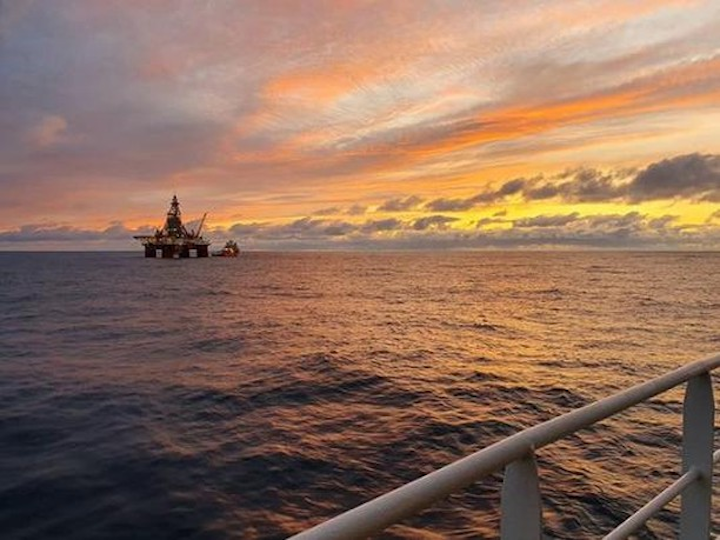 OSLO, Norway – Equinor and partners Shell and Total will drill a well south of the Troll field in the Norwegian North Sea to determine whether the reservoir is suitable for storage of carbon dioxide (CO2).

The semisubmersible West Hercules will drill well 31/5-7 Eos for the Northern Lights project, the main aims being to prove sandstone and CO2 storage potential in the Cook and Johansen geological formations.

In addition, the partners will assess the sealing properties of the overlying Dunlin shale.

According to the Norwegian Petroleum Directorate, if drilling reveals good reservoir properties, and the partners decide to use the formations for CO2 storage, the first CO2 injector will be drilled as a side track from the wildcat well.

The Johansen formation is at a depth of around 2,700 m (8,858 ft) in the relevant area. Wells drilled previously into the formation on Troll field are far from this location.

Troll’s reservoir is around 600 m (1,968 ft) higher up in the stratigraphic sequence, with many tight layers of shale between the reservoir and the Johansen formation.

Since 1996, Equinor has been removing CO2 from the Sleipner West gas field in the North Sea and re-injecting it into the Utsira formation, storing 1 MM metric tons/yr of CO2.

It is separated from the gas in the process facility on Melkøya outside Hammerfest, then sent by pipeline to a reservoir around 140 km (87 mi) offshore, with surveys conducted regularly to monitor how the injected CO2 fills the storage area.

Northern Lights is part of a Norwegian full-scale project for CO2 capture, transport, and storage. This includes capture of CO2 from two industrial companies in eastern Norway, and transport of liquid CO2 to a terminal in western Norway.

From there, the liquid CO2 will be transported via pipeline and pumped into a reservoir at a depth of nearly 3,000 m (9,842 ft) beneath the North Sea where it will be permanently stored.

Equinor is preparing to submit a Northern Lights plan for development and operation next spring.

If sanctioned by Norway’s parliament, the project will involve storing 1.5 MM metric tons (1.65 MM tons) annually over a 25-year period.