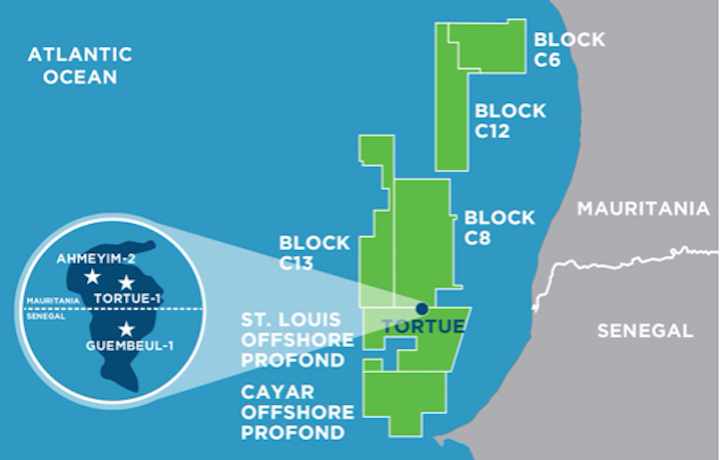 The well, which encountered around 30 m (98.4 ft) of net gas pay in good-quality Albian reservoir, will be retained as a future gas producer for the Greater Tortue Ahmeyim LNG project, due to come onstream in the first half of 2022.

Kosmos chairman and ceo Andrew G. Inglis said: “The GTA-1 well confirms our expectation that the gas resource at Greater Tortue Ahmeyim will continue to grow over time and could lead to further expansion of this world-scale 10-MTPA LNG project.

“In addition, Kosmos’ process to sell down its interest to 10% has received considerable interest from the industry, with initial bids expected over the summer, and transaction conclusion anticipated by year end.”

The Ensco DS-12 will next drill the Yakaar-2 appraisal well off Senegal, followed by the Orca-1 exploration well off Mauritania, expected to spud in late-September.

Other partners in the Greater Tortue Ahmeyim project are SMPHM and Petrosen. 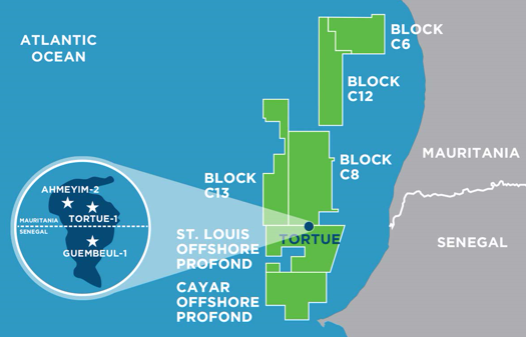