Industry gears up for new round of activity offshore Brazil

With the depths at which offshore operators in Brazil are forced to work becoming ever greater and conditions more extreme, equipment capacity is being stretched to the limit. 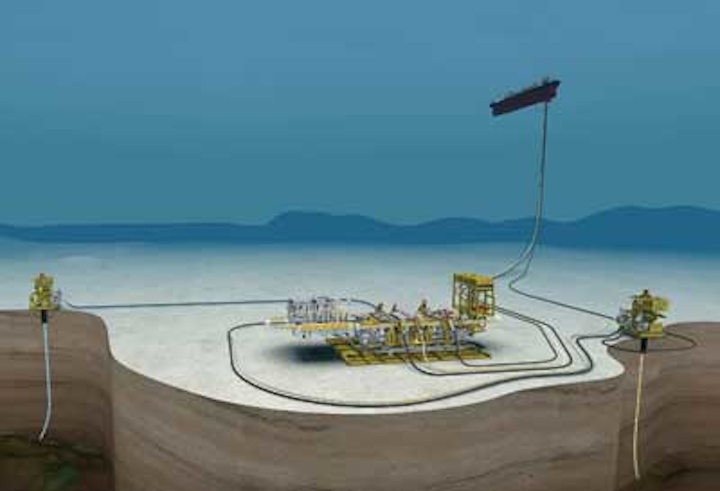 With the depths at which offshore operators in Brazil are forced to work becoming ever greater and conditions more extreme, equipment capacity is being stretched to the limit. To increase efficiency, technological innovation has never been more important not just to maintain productivity, but also viability.

Given that Brazilian law now states that 1% of a producer's revenue must be invested back into research and technology - a key element of the "special participation" of the contracts for the top fields - it is no surprise that high-tech centers are springing up throughout Brazil. At Rio de Janeiro's Federal University Technology Park, France's Vallourec inaugurated their research center off the back of a new contract with Petrobras to supply tubing and well connectors over the next five years. The likes of Halliburton and Schlumberger have also joined Petrobras' own impressive center on the same site as the state looks to become a global center for expertise in deepwater fields.

With its vast resources and investment program, Petrobras is naturally leading the way, developing the world's first deepwater subsea oil/water separation system in the world on the P-37 platform in the Marlim field. The system separates water produced in the well and reinjects it to boost pressure, freeing up platform space to enable the serving of more wells.

According to Petrobras, the technology used in the prototype developed in partnership with FMC Technologies is tubular separation, where the multi-phase output from the well is routed to a three-phase undersea separator, which separates the water and pumps it to the reinjection system. The flow containing oil, gas, and residual water is taken to the platform for processing, releasing liquid processing capacity. The prototype is currently in early operational phase involving checking and adjusting routines and parameters, and the basic sediment and water (BSW) fraction currently stands at 63%, well shy of the project's minimum BSW of 70%.

FMC is delivering the second stage of a $1.5-billion agreement with Petrobras by supplying 49 subsea trees and associated controls to be manufactured in Brazil for use in presalt operations. The company also announced a contract with Petrobras for three subsea boosting stations for the Parque das Baleias development in the Campos basin.

Last month, Shell's Kent Stingl revealed the latest efforts by Shell to maximize their Parque das Conchas project with a pioneering full life-of-field 4D seismic monitoring system, the deepest of its kind in the world. The BC-10 block also required artificial boosting to improve production rates, leading to the development of the MOBO modules that cluster together pumps on the seafloor.

Steel lazy-wave risers were first introduced on Shell's turret-moored FPSOEspirito Santo, and Wood Group Kenny recently won a contract to design a new system for the Petrobras-run Sapinhoa Norte field. The riser's design is still somewhat of a novelty in the industry, and extreme response and wave fatigue analysis are just some of the checks the technology must still go through during development. Meanwhile, buoyancy supported risers (BSR) are also being developed by Subsea 7 for Petrobras' Guara-Lula NE field. The set-up sees a large subsurface buoy anchored to the seabed by eight tethers, supporting multiple SCRs connected to the FPSO above by non-bonded flexible jumpers.

Honeywell's UOP Technology has been contracted by Petrobras subsidiary PNBV to supply its Separex membrane systems, to process natural gas aboard four FPSOs in the Lula field. According to Honeywell they will remove carbon dioxide and water from 7 MMcm/d of gas, following successful use on eight FPSOs in the Santos field.

Much of the future success of the new fields' production also depends on Brazilian shipbuilding, which is once again thriving off the back of huge investments. It is hoped that serial production of replicant hulls will speed up the construction process and optimize costs. The first-ever platform built at the Rio Grande shipyard Bicalho Honorius was also the largest semisubmersible built in Brazil and the first time a deckbox - all 17,000 tons of it lifted 57 m (187 ft) in the air - had been mated to a hull in the country, thanks to Queiroz Galvão.

It is ambitious mega-platforms like this that are fueling the demand in technology. At this year's Offshore Technology Conference in Rio de Janeiro, ACOEM will premiere its new condition monitoring equipment deigned to offer greater flexibility in turbine and motor management. To allow for deployment by less technically skilled users, the offline version, Falcon, offers smart functionalities and results collection and processing via portable devices. A new, wireless online version called Eagle, meanwhile, offers greatly simplified and less costly installation adapted to the demands of the industry.

Bertrand Wascat from the company's Lyon headquarters toldOffshore that by dispensing with expensive cables, the "new sensors are now wireless and totally automatic, producing dynamic raw data for expert analysis both on and off-site. The equipment will detect defects months or weeks before they could cause unexpected shutdowns or spread the damage to other machines."