Experts meet the challenges of the ocean depths

Perhaps there is no offshore endeavor quite as interesting and complex as deepwater well construction. 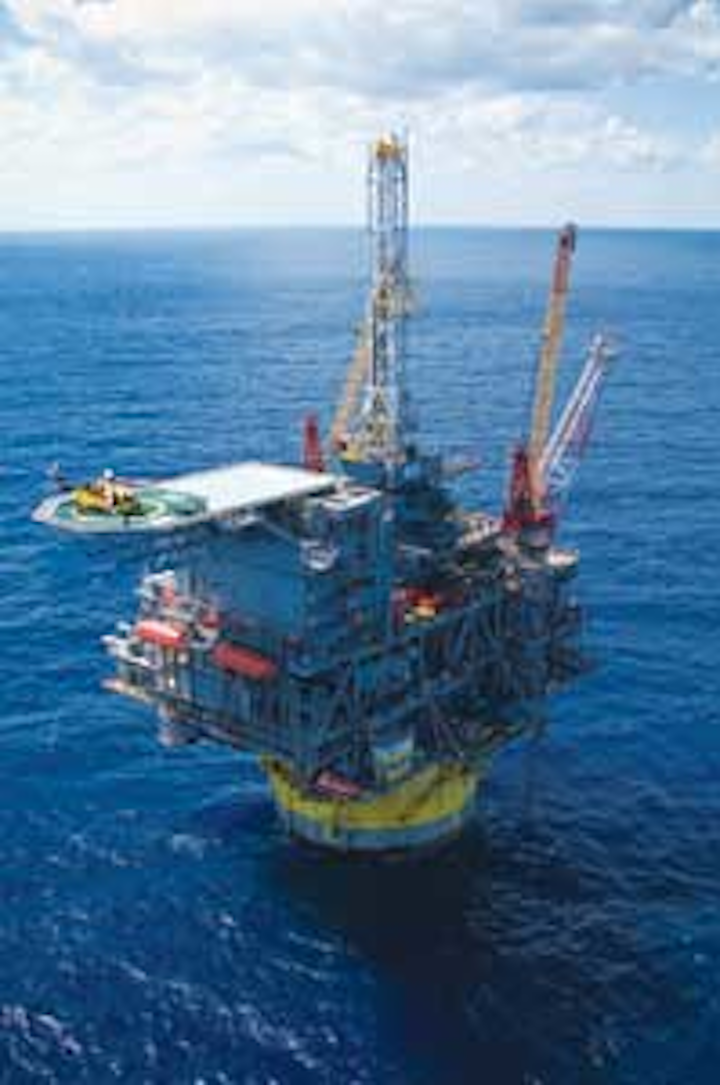 Perhaps there is no offshore endeavor quite as interesting and complex as deepwater well construction. There are many factors to consider that operators create special engineering and operations groups to evaluate, design, and execute each project. In that vein, many deepwater projects are all-inclusive, spanning the entire spectrum from exploration to drilling to completion and finally production. Even with excellent inter-departmental coordination, projects can extend over several years.

Shell's recently completed BC-10 project offshore Brazil encompassed acquiring and upgrading a former tanker hull and converting it into a first-class FPSO. While the FPSO was under conversion, soil mechanics experts were testing the seabed integrity at the mooring site to ensure the pre-set suction piles would be able to withstand the forces necessary to keep the FPSO on station in a 100-year storm. At the same time the company was conducting extensive engineering on the subsea completion plan, which was in itself unique. Meanwhile, floating drilling units were drilling, casing, and completing the field development wells, and preparing for tieback to the field-wide gathering and production system.

Steel lazy-wave catenary risers were pre-fabricated onshore and towed to sea for pre-deployment on the seabed before the FPSO arrived on site. Risers had to be laid in reverse order of installation so they would not become tangled when they were tied back to the vessel. Once the ship arrived and was properly moored, the risers were retrieved from the seafloor and one-by-one were pulled up and secured in their respective riser hangers.

As this technical work was under way, Shell's community relations group worked to keep government and local officials, as well as the general population, fully informed and assured that the field development would benefit them and not inconvenience them in any way. Moreover, the project promised valuable business to local providers and jobs for local workers. An interesting aspect of this phase involved teams of marine biologists who mapped and monitored the activities of the indigenous whale population to ensure that traditional habitats or migration lanes were not infringed upon.

Quality, health, safety, and environment specialists assigned to the project ensured that every facet conformed to, or exceeded established standards. This even included oversight of activities in the foreign shipyard where the FPSO was converted.

Coordination of the various activities and companies engaged in the project required reliable communication and contingency planning. At Shell, four major projects were run simultaneously: FPSO conversion, subsea module design and installation, well construction and completion, and final commissioning, culminating in first oil. Many of these activities are conducted for any well construction project on land or offshore albeit on a much smaller scale. In the deepwater arena, there is no second chance to do an efficient and safe job.

Shell followed its BC-10 success with the Perdido project in the deepwater Gulf of Mexico. Like BC-10, many of the same issues were addressed at Perdido.

Each project has significant variables, and deepwater only enhances the risk. But offshore operators are used to risk and are extremely good at mitigating it. For example, July'sOffshore carried an article on dual-gradient drilling techniques. The companies leading in the introduction of this new technique have an interesting way of describing it. They say, "It's like removing several thousand feet of seawater, and placing the rig on the seabed." Dual-gradient drilling is but one of the many innovations that has been introduced to help conquer the risks of the deepwater frontier.

In terms of the extremely detailed planning that is necessary for successful deepwater field development, the Shell experience is typical and is used here to illustrate the complexity of deepwater operations.

So what are the challenges?

The most significant challenges are associated with the fact that everything must be done remotely. Offshore operators have learned through experience that every system requires at least one backup system. Seabed wellheads, therefore, must be controllable using electro-hydraulic servos, and each one must be accessible by a ROV in the event of a problem with the control system.

Seabed production modules must be absolutely reliable; most are designed for a minimum 20-year service life. Surface systems and risers must be designed for every local environmental contingency from hurricanes to rogue icebergs. Some of the most innovative have quick-disconnects that allow the floating production facilities to detach from the production riser and sail out of harm's way until the threat has passed.

Flow assurance issues are many and unique in deepwater. When production fluids leave the reservoir at 15,000+ psi and 400°F (205°C), then experience the thermal shock of the sub-zero seabed temperatures; then rise to the surface where it could be a typical Gulf of Mexico day of 95°F (35°C) -- strange things happen. Paraffin appears to clog production tubulars and modules, hydrates start to crystallize, asphaltenes come out of solution, and scale builds up on everything. The best solution is to maintain flowline conditions above the threshold of precipitation if possible. This may involve installing pipe-in-pipe insulated flowlines or electrically heated lines. Hydrates are often mitigated with injection of MEG (methyl ethyl glycol).

Sour gas and CO2 offer similar risks as on land wells, only the remedial solutions are much more complex.

Some target formations are shallow with respect to their distance below the seabed. Their actual true vertical depth below sea level may reach 11,000 ft (3,354 m). Often, this means that the "shallow" sediments are unconsolidated, and difficult to drill and complete. This becomes a problem in making lateral completions. Getting a well kicked off to horizontal in less than 1,000 ft (305 m) in soft sediment is challenging. Even if the operator is successful, sand management can become an issue, and a complex sand management completion must be designed and installed.

At the opposite end of the spectrum are the extreme depths that wells are drilled in ultra-deepwater. These wells have high risk factors, not the least of which are ultra-high bottomhole temperatures and pressures. Because of the risk, great technical strides have been made to reduce the number of casing points (a benefit of dual-gradient drilling) and to drill long intervals with a single bit. New design drill bits can drill both the curve and the lateral on a single trip. Logging-while-drilling and wireline logging tools now can be combined so data can be obtained on a single trip into the well, reducing risk. Recently, several deepwater operators have designed massive single-trip perforating jobs that span more than 1,000 ft (305 m) just to be able to get the job done with only a single trip into the well. One recent job used 14,400 perforating charges detonated simultaneously. Well testing also is challenged to make multiple zone measurements on a single trip.

Most deepwater development calls for subsea completions, with sophisticated gathering systems leading to floating production facilities. Subsea separators, boosters, and manifolds must be designed to last a minimum of 20 years without intervention. Often, reservoir pressure is sufficient to sustain natural flow to the surface. Even so, development plans usually include secondary recovery schemes like water floods or CO2 stimulation to keep the hydrocarbon flowing. Not so in the two Shell examples. Both systems use a unique production system that involves massive electric submersible pumps (ESP) encased in large diameter caissons that serve as gas and sand separators. In some cases, the gas is stripped out, then the oil and water pass through the caisson ESP separation system. The gas is reintroduced into the flow stream where it passes up to the FPSO for final separation at the surface.

Because of the different environments and reservoir characteristics, solutions abound, and that is one of the reasons that leading technology providers are developing unique subsea equipment. Not only are familiar wellhead and subsea providers in the game, but also large-scale power grid developers. Recently Siemens introduced its capability to provide distributed high capacity power grids to the seabed, capable of operating a variety of modules. Det Norske Veritas (DNV) has just announced its OPera concept for highly efficient subsea power systems capable of serving multiple customers from a central power hub.

Because the world's deepwater offshore plays are regulated by various political bodies, regulatory issues must be dealt with meticulously. A good recent example was the introduction of the first FPSO into U.S. Gulf of Mexico waters. Notwithstanding the fact that FPSOs have been used worldwide with great success, the authorization to deploy one in the Gulf of Mexico was met with considerable red tape. Although successful deepwater development is ongoing in many places worldwide, obtaining the requisite permission can be a major exercise in planning and diplomacy. And the playing field is changing rapidly. Mexico just announced its first deepwater discovery, development of which must face the usual safety and environmental concerns, but also must be conducted in accordance with the Mexican Constitution, which limits the role that can be played by foreign firms with deepwater experience.

The potential of deepwater exploration and production worldwide is immense. With the aid of sustained energy demand and enabling technology, there is little doubt that efforts will ultimately prove successful.